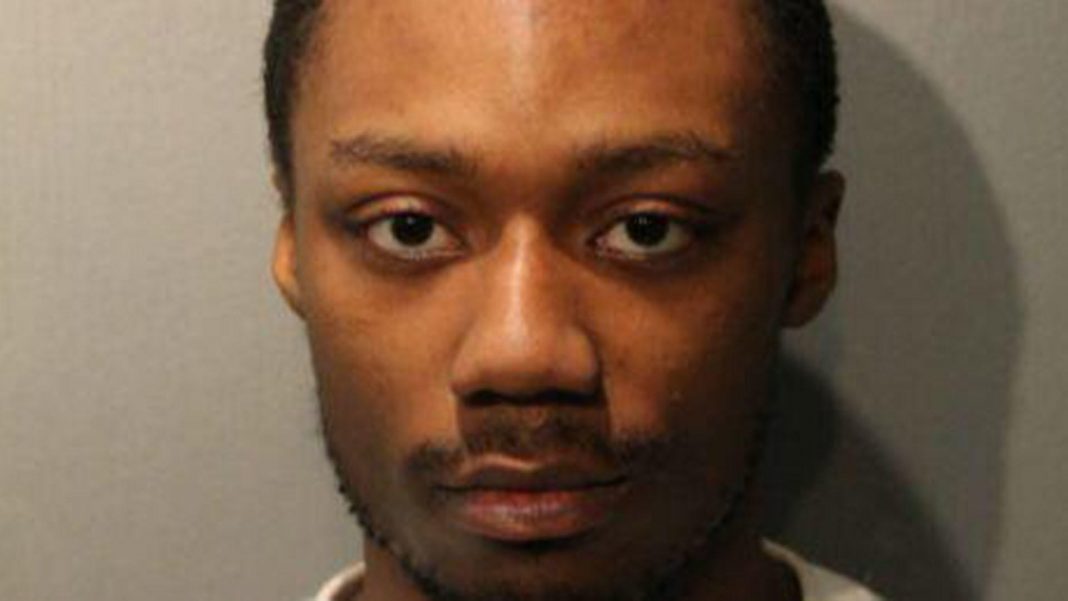 Minutes before the mistaken-identity slaying of an off-duty Chicago police officer last month in the River North neighborhood, the gunman grew agitated in a nearby hotel room, vowing revenge on those who had beaten up his friend earlier that night, Cook County prosecutors said Wednesday.

The conversation was among new details revealed by prosecutors in court as a third suspect, Jaquan Washington, 22, was ordered held without bond on charges in the murder of Officer John Rivera.

Washington turned himself in to police Tuesday with the same hat on that he was spotted wearing in surveillance video the night of the slaying, Assistant State’s Attorney James Murphy said in court.

Co-defendants Menelik Jackson, 24, of South Holland, and Jovan Battle, 32, of Chicago, were arrested last week and also ordered held without bond while awaiting trial. Prosecutors have identified Jackson as the gunman in a fatal case of mistaken identity that may have been racially motivated.

At the bond hearing Wednesday at the Leighton Criminal Court Building, Murphy said surveillance video shows Jackson and Washington getting into a fight with a group of Latinos outside McDonald’s on Ontario Street about 2:25 a.m. on March 23. Washington was punched and knocked to the ground, he said.

Jackson hurried to his white pickup truck to retrieve a gun, the prosecutor suggested, but police arrived to break up the fight. The Latino group boarded a party bus, and Jackson and Washington walked away together.

In a room at the nearby Hotel Felix, Jackson briefly placed a gun on a table, Murphy said. Washington recounted for three women there how the Latino group punched him, angering Jackson, according to the prosecutor.

“Jackson was getting more upset and seemed to feed off what defendant Washington was saying,” Murphy said in court. “Jackson was upset because of the fight … and defendant Jackson wanted to shoot them.”

The two left the room, but Washington returned a short time later looking for a magazine or clip for the gun, Murphy said.

By about 3:20 a.m., Jackson and Washington met up with Battle in an apparent effort to track down the Latinos, according to the prosecutor.

Meanwhile, Rivera and three friends — who were not involved in any fights that night — were sitting in a parked car nearby, Murphy said.

“Where they at?” Murphy quoted Jackson as asking Battle. “Is that them?”

Battle, wielding a bottle, pointed it directly at Rivera’s car multiple times, Murphy said. All three suspects approached the car, according to the prosecutor.

As Washington ran across the street toward the rear of Rivera’s car, Jackson pulled out the handgun and aimed directly at the driver’s window a few feet away, Murphy said.

Rivera was shot multiple times in the driver’s seat and was later pronounced dead. Another man, also 23, was seriously wounded in the shooting. Two other occupants of the car, a woman and another man who was also an off-duty Chicago police officer, were not injured.

Brittany Kimble, Washington’s attorney, said in court Wednesday that her client was a victim of a beating that night and that no evidence existed of “any kind of agreement that Mr. Washington was in cahoots with anything that defendant Jackson has done.”

Washington did not “in any way aid, abet, solicit, encourage Mr. Jackson (into) doing anything,” she told Judge Mary Marubio.

Prosecutors, though, contend that Washington was accountable for the murder under state law by being present with the other two at the shooting scene.

Kimble said Washington has no gang affiliation, does not know Battle and wasn’t close with Jackson.

At the time of his arrest, Washington was free on bond awaiting trial on weapons charges. He also has previous felony convictions for attempted burglary and burglary, court records show.