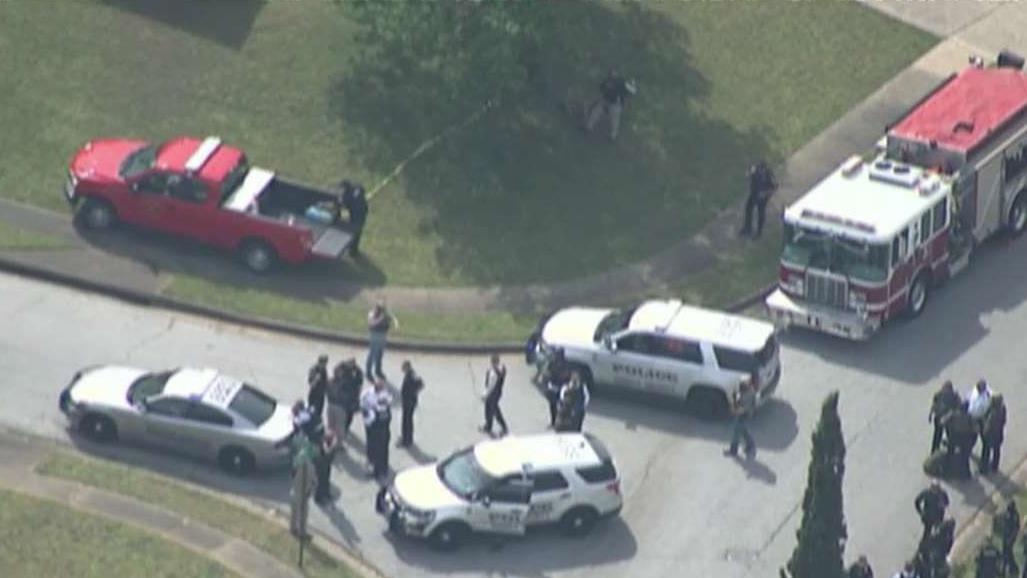 Two Georgia police officers were wounded in a shooting on Thursday and the suspect remained barricaded inside a home with at least one hostage, authorities said.

Police were called to the scene in the Eagle Ridge subdivision in Stockbridge around 10:46 a.m. after getting “a trouble unknown call,” the Henry County Police Department said in a news release on Facebook.

When officers arrived, they “made contact with the female complainant” and attempted to enter the home when gunshots rang out, Capt. Joey Smith said during a news conference.

“The officers did not exchange fire, however, two officers were struck and they were transported to a local hospital,” Smith said.

The officers were taken to Grady Memorial Hospital “in serious condition,” police said in the news release. Smith later said they were “stable” and their injuries were “non-life threatening.”

Authorities are communicating with the subject, the official said, adding that they are trying to negotiate the release of a 16-year-old inside the home.

“We have a barricaded swat situation. They’re in communication with him. We have multiple agencies here that are assisting us,” Smith said. “We’re communicating with the individual. We’re hoping he was going to release the 16-year-old. He said he would and we’re just standing by waiting.”

This is a developing story. Please check back for updates.