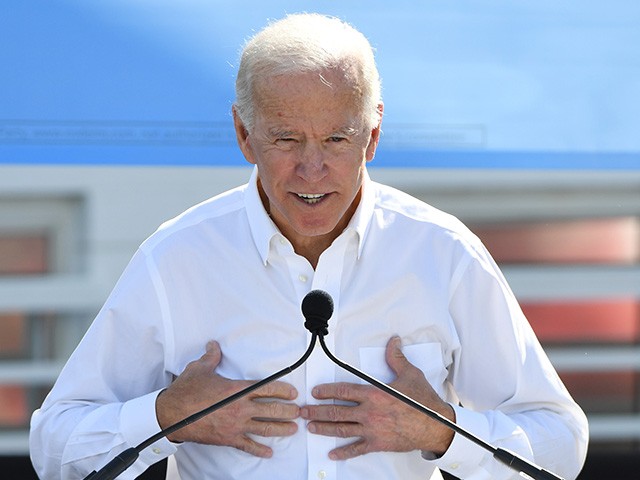 The University of Pennsylvania’s Joe Biden Center is refusing to address the recent harassment allegations against the former vice president.

According to a report from The College Fix, the Joe Biden Center at the University of Pennsylvania has refused to comment on the recent harassment allegations against the former vice president. This week, two women accused Joe Biden of inappropriate behavior. Biden has long been criticized on social media over photos and videos in which he gets very close to women. In 2015, the Washington Post even published a column entitled “What are we going to do about Creepy Uncle Joe Biden?”

It wasn’t sexual, but he did grab me by the head,” one woman said of her experience with Biden. “He put his hand around my neck and pulled me in to rub noses with me. When he was pulling me in, I thought he was going to kiss me on the mouth.”

“I felt him get closer to me from behind. He leaned further in and inhaled my hair. I was mortified. I thought to myself, “I didn’t wash my hair today and the vice-president of the United States is smelling it. And also, what in the actual f*ck?” accuser Lucy Flores said. “Why is the vice-president of the United States smelling my hair?” He proceeded to plant a big slow kiss on the back of my head,” she finished.

The University of Pennsylvania, which is home to the Biden Center for Diplomacy and Global Engagement, has yet to comment on the allegations against Biden. The social media accounts for the center have continued to post without mention of the allegations.

Biden has denied all of the allegations against him.  “Neither then, nor in the years since, did he or the staff with him at the time have an inkling that Ms. Flores had been at any time uncomfortable, nor do they recall what she describes,” Biden’s spokesperson said.