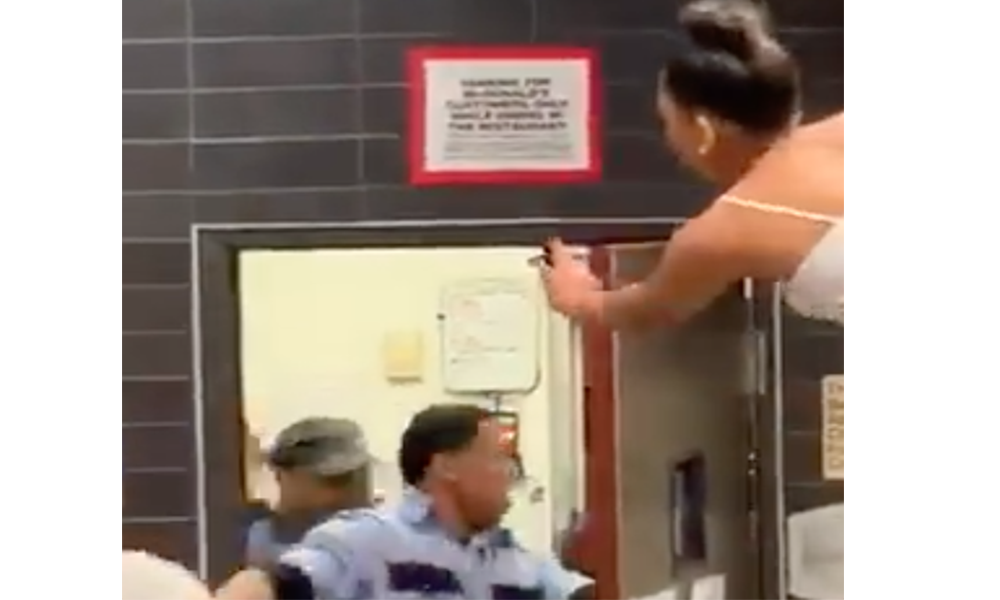 A fast-food beef in Atlantic City got out of hand when an enraged woman started macing fleeing employees, including a security guard.

It’s unclear why the filet of fists started, but a YouTube video posted over the weekend shows an irate woman in green sweat pants, along with several associates, storming the kitchen area of a Jersey Shore McDonald’s, sliding around on a slippery floor and throwing everything they can get their hands on at what appear to be scared employees.

The woman who seems to be the ringleader of the instigating group leaps onto the fast-food restaurant’s counter and sprays an irritant into a break room, where a security guard is trying to separate the combatants. The guard receives an eyeball full of pepper spray for his troubles.

The melee happened early Saturday morning, according to the Press of Atlantic City, which quotes a manager at the junk food joint saying four women walked into the eatery and attacked an employee.

“I’ve never seen anything like this in my life,” that manager said.

Cops said no charges were filed on the scene, but they are investigating.