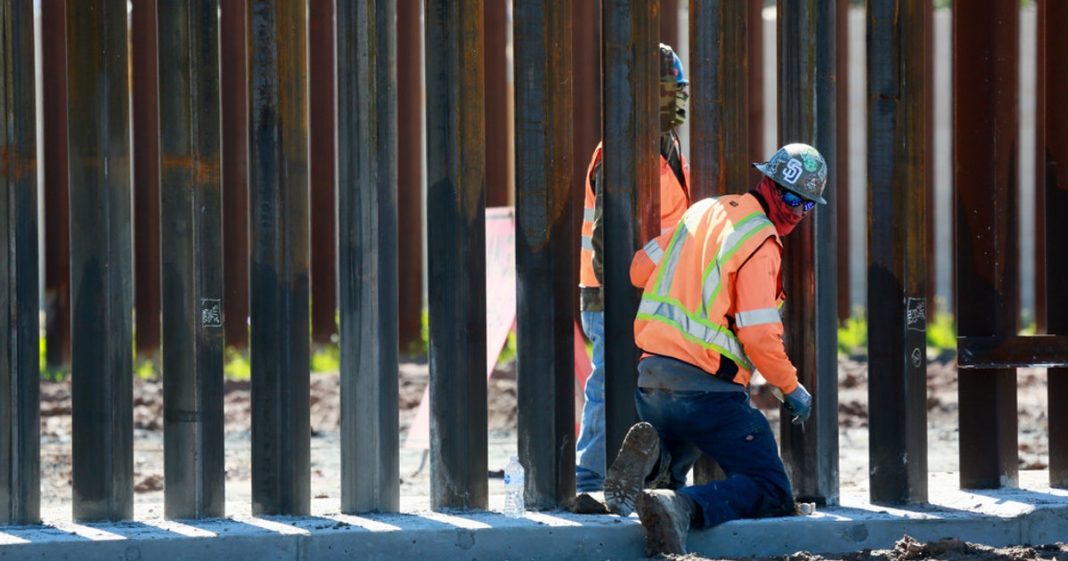 Trump will visit Calexico, Calif., on Friday, where about 2 miles of 30-foot-tall steel-slat fencing last October replaced a much shorter fence made of aging Vietnam-era material.

On Tuesday he seemed to recognize that Mexico had bolstered efforts to intercept migrants from Central America before they reach the U.S. border. But he defended his decision to cut hundreds of millions of dollars in aid earmarked for Honduras, El Salvador and Guatemala, the source of the migrants — aid intended to improve conditions in those countries and blunt the people’s urge to flee.

“They don’t do anything for us,” he told reporters. “We’re giving hundreds of millions of dollars to these three countries” and they have been “taking advantage of the United States for years. … They arrange these caravans, and they don’t put their best people in those caravans. We’re not going to have it anymore.”

There is no evidence that the governments of those countries arrange the groups of migrants who flee through Mexico hoping for asylum in the United States.

Sanders said the president was “not working on a specific timeline” for closing the border. Last week, he said he would probably issue such an order by the end of this week.

Democrats have blasted the threat, as have some Republicans.

Sen. John Cornyn, R-Texas, said a border closure “would be bad for everybody.”

Rep. Henry Cuellar, D-Laredo, called it a “grave mistake that would have disastrous consequences for our economy.”

He noted that $1.5 billion worth of cargo crosses to and from Mexico every day through ports of entry. “Closing our southern border would severely disrupt the flow of goods along the border, hurting both the American and Mexican economies,” he said.

And he defended Mexico’s efforts, saying that Central American migrants are being detained and returned to their home countries at the same rates as in years past — 13,000 in March alone.

As for cutting aid to Honduras, El Salvador and Guatemala, Cuellar called that counterproductive, saying: “We must start playing defense on the 20-yard line and address the root causes of mass migration, such as violence and poverty.”

Rep. Joaquin Castro, D-San Antonio, chairman of the Congressional Hispanic Caucus, argued that with millions of dollars worth of trade at risk, Texas would be devastated more than any other state.

“This is a terrible idea,” he said, and as for the humanitarian situation at the border, “it would very likely make things worse.”