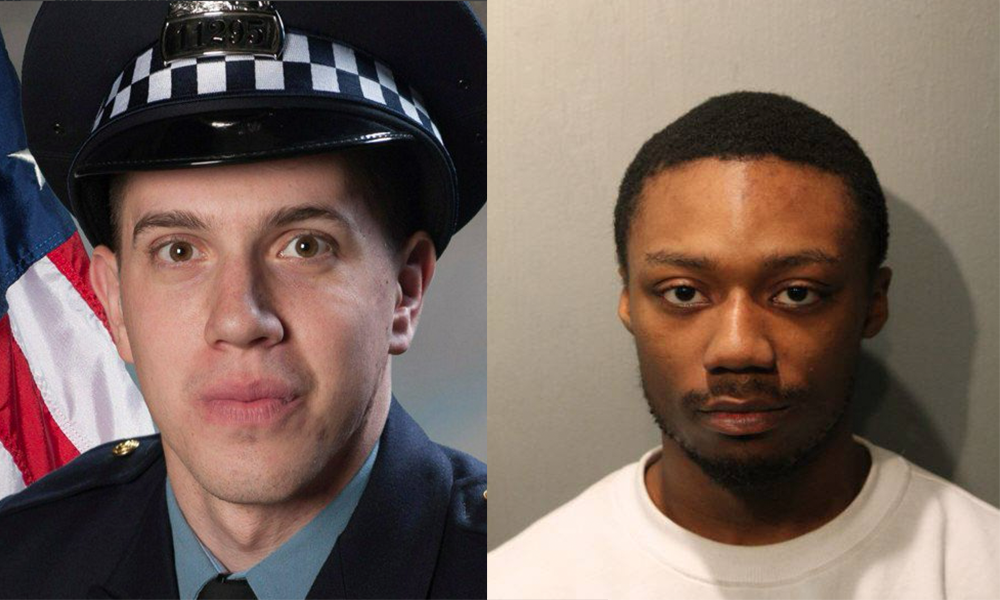 A third man has been charged in connection with the shooting death of an off-duty Chicago police officer last month in the River North neighborhood, police said Wednesday.

Jaquan Washington, 22, of the 700 block of East 43rd Street, faces one count of first-degree murder and three counts of attempted murder in the killing of Officer John Rivera, 23, on March 23 in the 700 block of North Clark Street. He was arrested Tuesday.

Police said Washington and two other suspects, Menelik Jackson, 24, and Jovan Battle, 32, approached the vehicle in which Rivera sat with three others. Jackson then fired into the car, according to police.

Another man, also 23, was seriously wounded in the shooting. Two other occupants of the car, a woman and another man, another off-duty Chicago police officer, were not injured.

The group had been enjoying a night out at Stout Barrel House & Pizza, 642 N. Clark St., police Superintendent Eddie Johnson told reporters after the shooting.

Surveillance video showed the shooters pointing out the car, walking up to it and firing shots at close range, police said. Johnson said they fired on “the first Hispanic man” they found after a petty dispute with a group of Latinos earlier.

Prosecutors previously charged Jackson and Battle in connection with the attack. Prosecutors identified Jackson as the gunman and said Battle had pointed out the victims’ car before the other two opened fire.

Jackson once applied to be a Chicago police officer before he was arrested in 2017 and accused of breaking into his ex-girlfriend’s apartment and pointing a gun at her head.

Washington is scheduled to appear in Branch 66 at the Leighton Criminal Court Building Wednesday afternoon.