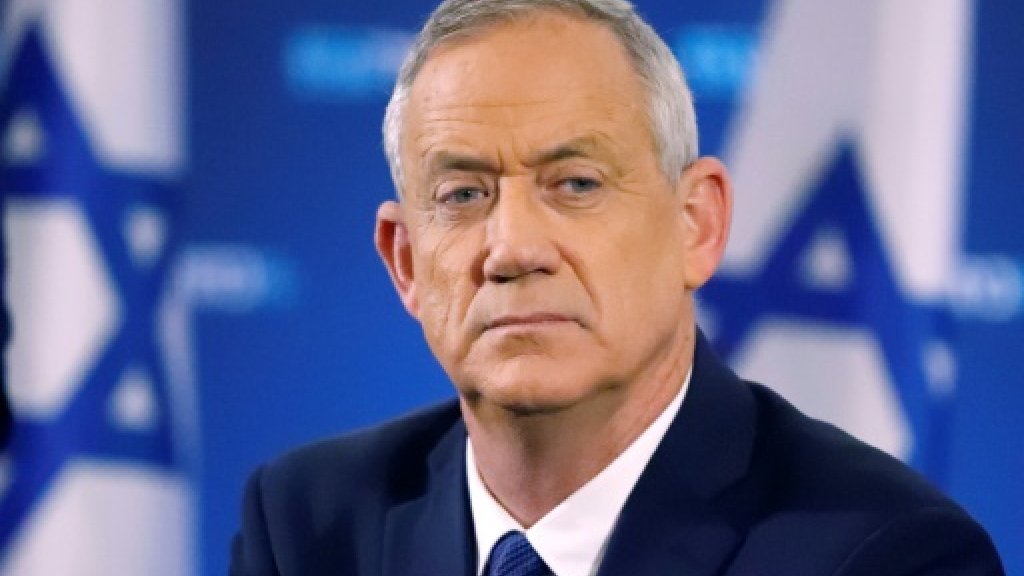 Former military chief Benny Gantz has mounted a serious challenge to Israeli Prime Minister Benjamin Netanyahu ahead of April 9 polls by maintaining a tough-guy aura with only vague policy ideas.

When he declared in December as an electoral rival to Netanyahu, the 59-year-old ex-paratrooper who rose to become a respected military chief of staff had no political experience.

But since then, polls show his Blue and White alliance becoming a threat to four-time premier Netanyahu as he emerges as a security hawk but centrist on social issues such as religion and state.

The alliance is co-led by former finance minister Yair Lapid and includes two other ex-military chiefs.

Gantz has presented himself as someone who can heal divisions in Israeli society he says Netanyahu has exacerbated.

He has also pledged to improve public services and show “zero tolerance” for corruption — a reference to graft allegations facing Netanyahu.

Israel’s attorney general has announced that he intends to charge Netanyahu with bribery, fraud and breach of trust pending a hearing.

Netanyahu denies all the allegations.

Gantz’s campaign is unrolling with military precision with the aim of placing him at the heart of the Israeli consensus, espousing what one opponent called “a supermarket” of policies.

The goal, commentators say, is aimed at taking votes from Netanyahu’s right-wing coalition without alienating the centre.

He was born on June 9, 1959, in Kfar Ahim, a southern Israeli village that his immigrant parents, both Holocaust survivors, helped to establish.

“In many ways my life began before I was born. It began at the moment my mother Malka walked out of the Bergen-Belsen concentration camp,” he said in a February speech at the Munich Security Conference.

“The Jewish people and the Jewish state will never again put their fate in the hands of others. We will protect ourselves by ourselves and guarantee the future of our people.”

Gantz joined the army in 1977, completing the tough selection course for the paratroopers.

He went on to command Shaldag, an air force special operations unit. In 1994, he returned to the army to command a brigade and then a division in the occupied West Bank.

According to his official army biography, he was Israel’s military attache to the United States from 2005 until 2009.

He was military chief of staff from 2011 to 2015, when he retired, and has boasted in video clips of the number of Palestinian militants killed and targets destroyed under his command in the 2014 war with Gaza’s Islamist Hamas rulers.

In another video he stresses the need to try to make Arab-Israeli peace.

The Blue and White election manifesto speaks of wanting to separate from the Palestinians, but does not specifically mention a two-state solution.

It pledges to keep the strategic Jordan Valley area of the West Bank under Israeli security control and all of the disputed city of Jerusalem as Israel’s capital.

Both are unacceptable to the Palestinian leadership.

It also states that the strategic Golan Heights, seized from Syria in the 1967 Six-Day War and subsequently annexed by Israel, are “an inseparable part of the state of Israel, this issue is non-negotiable.”

In a February 6 interview with the top-selling Israeli paper Yediot Aharonot he hinted that he could consider removing at least some settlers from the West Bank and spoke positively of Israel’s withdrawal from the Gaza Strip in 2005.

The Gaza withdrawal had been “approved by the Israeli government and implemented by the army and settlers in a painful but good way”, he told the Yediot Aharonot newspaper.

“(One should) learn from it and apply it to other places.”

In a campaign video six days later, however, he lambasted Netanyahu for initially supporting the 2005 withdrawal.

Netanyahu, who was finance minister at the time in Ariel Sharon’s centre-right coalition government, resigned in protest after the cabinet gave final approval for the pullout in August 2005.

“I have no idea,” she said. “He was a soldier his whole life. I kept telling him: ‘At least tell me whom you voted for'” but he never replied, she said.

Gantz has a BA in history from Tel Aviv University, a master’s degree in political science from Haifa University and a master’s in national resource management from the National Defence University in the United States.

He is married and a father of four.