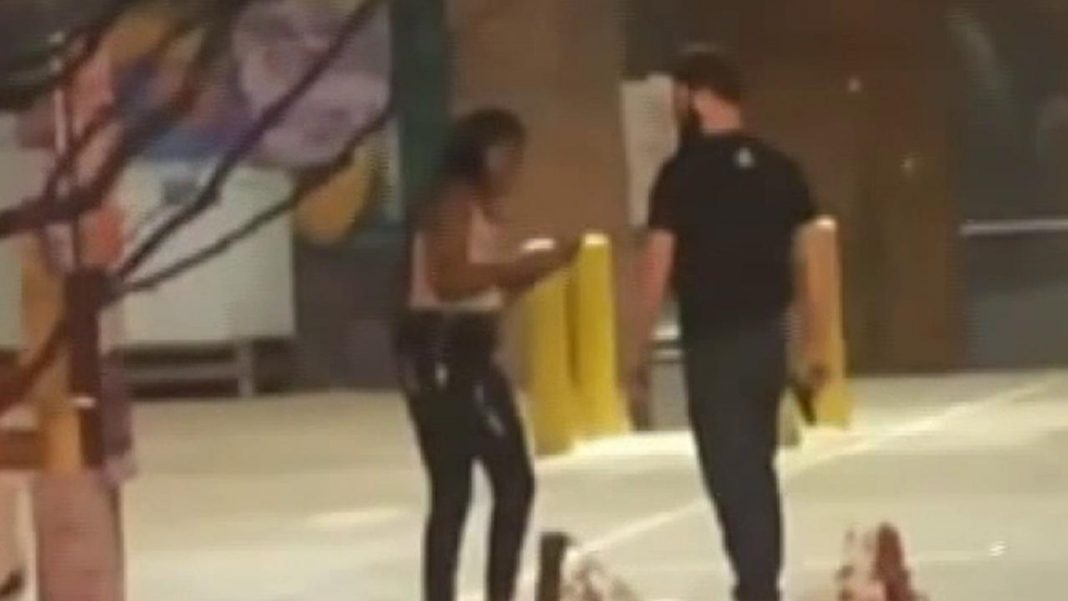 A Texas woman whose brutal beating by a man in a Deep Ellum parking lot two weeks ago was caught on camera is now facing possible criminal charges after cops say she damaged her alleged attacker’s pickup truck.

Dallas police said Tuesday they issued an arrest warrant for L’Daijohnique Lee, 24, two weeks after she allegedly broke the back windshield of Austin Shuffield’s pickup truck with a jump box – a charger for a car battery, WFAA reported.

She has not been arrested nor has she turned herself in yet.

The possible charge of criminal mischief come two weeks after Shuffield was seen on video punching Lee several times in the face during an altercation in a parking lot. The shocking video quickly went viral.

“We understand that some people are upset,” Dallas police Deputy Chief Thomas Castro said at the news conference Tuesday. “It’s not the intention of the Dallas Police Department to pick one side or the other. We simply had information that was provided to us on a criminal offense. We thoroughly investigated that offense. We took the action that was taken today.”

He said Lee admitted to breaking the windshield, causing damage estimated at more than $3,000.

“A black woman alone in a dark parking lot is stalked, harassed and assaulted by a white male,” Merritt posted. “He brandishes a gun, knocks away her phone when she tries to call for help – then beats her mercilessly with blows to the head. DPD just found a way to charge HER with a felony.”

According to police, the entire incident began when Shuffield confronted Lee about blocking the parking lot exit with her car.

A witness recorded the exchange, which showed Shuffield pull out a gun while confronting Lee before knocking her cellphone from her hand and kicking it away.

Lee is seeing landing one punch on Shuffield’s arm before he attacks her, delivering at least five punches that connect with the woman’s face.

Shuffield, 30, was initially arrested on misdemeanor charges, but they were upgraded a week later to aggravated assault with a deadly weapon and unlawfully carrying a weapon, WFAA reported.

It is unclear when Lee allegedly broke the vehicle’s back windshield.