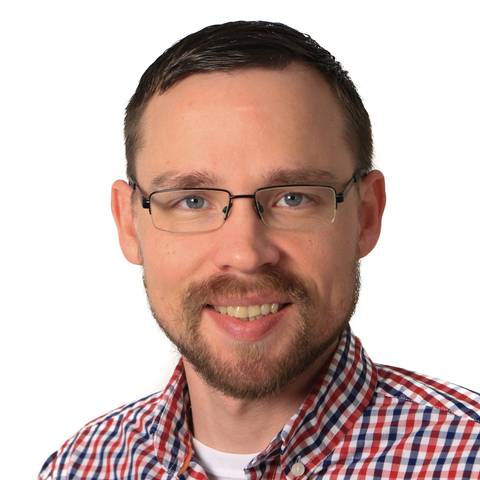 
Ginsburg on Roe v. Wade and economics: ‘There will never be a time when women of means lack choice’

Justice Ruth Bader Ginsburg spoke to Georgetown University Law Center students about her life, career and the Roe vs. Wade case as part of the Dean’s Lecture to the Graduating Class series in February 2015.

Justice Ruth Bader Ginsburg spoke to Georgetown University Law Center students about her life, career and the Roe vs. Wade case as part of the Dean’s Lecture to the Graduating Class series in February 2015.

State lawmakers on Tuesday passed to the House floor a bill that would ban nearly all abortions in South Carolina, after hearing hours of competing pleas from pastors, women’s rights advocates, pregnancy counselors, parents and doctors.

After about five hours of debate, the GOP-dominated House Judiciary Committee voted 15-7 along party lines Tuesday night to advance a fetal heartbeat abortion ban to the full House, where Democrats promised another fight.

The legislation would outlaw abortions once a fetal heartbeat can be detected, typically around the sixth week of pregnancy. Six weeks is before some women know they are pregnant and long before the fetus can survive outside the womb.

After another contentious debate, the bill was revised to include exceptions for women whose pregnancies resulted from rape or incest.

“It goes too far inserting government into our personal and private lives, and impeding decisions that should be made between a woman and her doctor,” Columbia resident Maxine Todd testified before lawmakers.

“I have seen, I have heard that beating heart at six weeks,” Alexia Newman, who supports the bill, with the Carolina Pregnancy Center in Spartanburg countered in testimony to lawmakers Tuesday. “Because that heart is beating, those babies deserve protection under the law.”

The hearings Tuesday represented the first real abortion debate of the year in the S.C. State House. It comes days after neighboring Georgia passed its own “fetal heartbeat” abortion ban.

Such bans, passed in other states, so far have been blocked by judges or ruled unconstitutional, but House Republicans see an opportunity to spark a court challenge that overturns Roe v. Wade, the 1973 U.S. Supreme Court decision that affirmed a woman’s right to an abortion.

“If the bill gets to the floor, I think all options will be on the table, including the use of a filibuster,” said state Sen. Marlon Kimpson, the Charleston Democrat who led that filibuster. “I’d rather not spend my time on that, but will do if necessary to protect a woman’s right to make tough personal health decisions.”

State Rep. Justin Bamberg, D-Bamberg, held up the abortion ban in House Judiciary Committee for hours Tuesday by proposing dozens of amendments to the bill, many of them almost identical to each other.

At around 9 p.m., he pulled down dozens more amendments he planned to file, saying he understood some committee members needed to get home but promising to save the remaining amendments for the House floor debate.

H.3020 is expected to come before Full Judiciary Committee tomorrow afternoon. I’m ready to stand up for the US Constitution & women all over SC with 123 Amendments to improve this bill. Don’t worry, I’m bringing my personal Keurig coffee maker for my fellow committee members. pic.twitter.com/FQNuDh6Bou

House Democrats are outnumbered nearly 2-to-1 by their Republican colleagues, so the bill will probably pass once Bamberg runs out of amendments.

If the bill becomes law, any doctor who performs an abortion on a fetus with a heartbeat would be charged with a felony, punishable by a $10,000 fine or up to two years in prison, or both.

The proposal’s supporters say a fetal heartbeat is a crucial indicator that a fetus will make it to birth. According to the bill, the state has “legitimate interests from the outset of the pregnancy in protecting the health of the woman and the life of an unborn human individual who may be born.”

“The state does have an interest in protecting children, and I see an unborn child as a child,” said state Rep. John McCravy, the Greenwood Republican who sponsored the bill.

Meanwhile, opponents said the bill would harm women as they try to make decisions about their healthcare. They argue the measure ignores the health care needs of patients, including women whose pregnancies were planned but derailed by life-threatening conditions.

Obstetricians and gynecologists told lawmakers the bill would negatively impact women’s healthcare in the state, while others, including Vicki Ringer of Planned Parenthood South Atlantic, said it will lead to a costly legal fight the state will lose.

Ann Warner, CEO of the Women’s Rights and Empowerment Network, testified that women have the ability to make their own intellectual and moral decisions about their healthcare, calling the consequences of the bill “insidious and far-reaching.”

“Reducing abortion access also has economic consequences, a burden that the women of our state should not be forced to bear,” Warner said.

Current state law prohibits abortions at 20 weeks of pregnancy and later. That law was passed in 2016 as part of ongoing efforts among conservative lawmakers to restrict women’s access to abortion.

The “fetal heartbeat” abortion ban would make an exception to save the mother’s life or when the procedure is deemed necessary to avert serious risk of substantial and irreversible harm to the woman’s health. However, the bill does not include an exception for severe fetal anomalies that would lead to death after birth. Those anomalies often develop later in the pregnancy.

The measure was amended by the House Judiciary Committee to make an exception for rape or incest. Committee member and state Rep. Nancy Mace, R-Berkeley, offered the amendment after stating she was raped when she was 16 years old by someone she considered a friend. Mace said it took 25 years before she felt comfortable speaking about her experience.

“Rape is not a partisan issue. … It doesn’t see party,” Mace said. “I do believe in the case of rape that if a pregnancy occurs that a woman should have that exception.”

“Do we terminate that person because of someone else’s criminal act? I don’t think two wrongs make a right,” McCravy said.

He also said rape victims can take the morning-after pill to avoid that situation.

At one point, state Rep. Pat Henegan, D-Marlboro, asked McCravy: “Do you respect the rights of women to make decisions about their bodies?”

McCravy: “I do … except when it comes to terminating the life of another person.”

House Republicans are desperate to get a vote on the abortion ban now because of the looming “crossover deadline.” Bills that don’t pass the House or Senate by April 10 face a much more difficult road to passage this year.

McCravy’s bill is one of many that S.C. Republicans have introduced to chip away at abortion access in recent years.

Efforts to pass a fetal heartbeat law in South Carolina have failed in the past, with most failing to reach the House or Senate floor for a vote.

Pro-life lawmakers, however, have said they feel emboldened by judicial appointments under President Donald Trump — including the recent confirmation of U.S. Supreme Court Associate Justice Brett Kavanaugh — to pass a law that could spark a court challenge to overturn Roe v. Wade.

More than 250 bill restricting abortion have been filed in 41 states this year, according to Planned Parenthood. Compared to this point in 2018, there has been a 62.5 percent increase in the number of six-week abortion bans introduced, according to the family planning services and abortion provider.

A majority of South Carolinians say women should be able to have an abortion in certain cases, according to the latest Winthrop University poll.

Related stories from The State in Columbia SC

Tom Barton covers South Carolina politics for The State. He has spent more than a decade covering local governments and politicians in Iowa and South Carolina, and has won awards from the S.C. Press Association and Iowa Newspaper Association for public service and feature writing.