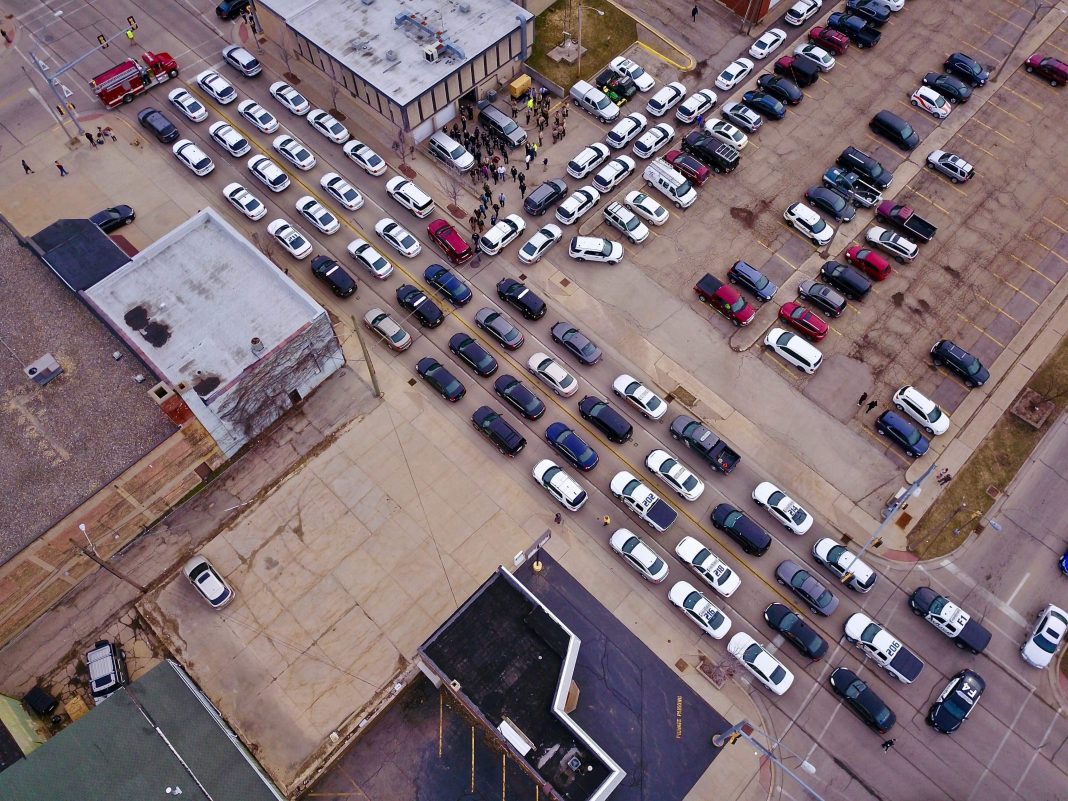 FREEPORT — A decision to stay in the right lane when approaching an emergency vehicle is likely to cost you a ticket, as law enforcement agencies in the state increase focus on Scott’s Law violations and distracted driving.

Three Illinois State Police troopers have died this year on state highways, including two deaths related to Scott’s Law violations. The law mandates that drivers slow down, use caution and move over, if possible, when approaching an emergency vehicle on the roadway.

Winnebago County Sheriff’s deputies wrote 30 Scott’s Law citations in a roughly 4 1/2 hour period of time on Sunday after conducting a patrol specifically to target those who failed to slow down and move over. In Ogle and Grundy counties, deputies wrote 14 and 21 citations in similar periods of time over the weekend, according to the organizations’ respective Facebook pages.

Motorists should expect the trend to continue for the foreseeable future, said Dominick Barcellona, deputy chief for Uniform Services for the Winnebago County Sheriff’s Office.

“We’ll be focusing on it until people can really understand that it’s common sense that if someone is in the right lane, they should move over,” he said. “Scott’s Law is known as the ‘move over law’ and with the increased fatalities with Illinois State Police we’re bound and determined to make sure people know that.”

Barcellona said it’s hard to estimate how many Scott’s Law violations occur on a daily basis, since officers can’t always enforce the rule because they are already dealing with another incident. An additional squad car was available to apprehend violators during the special patrol on Sunday, which led to an increase in citations.

“We may witness them all the time, which we do, but you may not be in a position to enforce it,” he said. “Sometimes it’s just because we can’t catch up to the people. I can say, in a 4 1/2 hour period, that’s a significant number of citations.”

Sixteen Illinois State Police troopers have been hit this year while attending to traffic incidents. All of the vehicles had their emergency lights activated, ISP Acting Director Brendan Kelly said in a news release.

Trooper Brooke Jones-Story, 34, was killed Thursday after she was struck by a semitrailer while inspecting a vehicle on the side of the road. The other driver’s name has not yet been released.

Trooper Gerald “Jerry” Ellis, 36, died two days later when a wrong-way driver collided head-on with his vehicle. The other driver, 44-year-old Dan Davies, also died. While the incident was not related to Scott’s Law, Davies had alcohol in his system at the time of the crash, according to the Lake County Coroner’s Office.

“How many of these incidents could have been avoided if motorists were simply paying attention?” Kelly said. “Please show that you care about our troopers, all emergency responders and your fellow citizens. Respect and obey all traffic laws and, please, do not drive distracted.”

Police will also crack down on distracted driving, as April is National Distracted Driving Awareness Month. A number of agencies, including Winnebago County, have received grants to allow for increased patrols and enforcement zones to ticket drivers using handheld devices.

Freeport Police will be on the lookout for any drivers texting or otherwise using a cell phone without a hands-free connection.

“Distracted driving is certainly always something we focus on and try to provide as much enforcement as we can to it,” said Freeport Police Chief Todd Barkalow.

Freeport receives grants that allow for increased patrols at certain times, usually around holidays. Distracted driving comes into play more often than Scott’s Law for Freeport officers, since a majority of the city’s streets do not have an additional lane for drivers to move over into, Barkalow said.

“We don’t have that type of environment, generally speaking,” he said. “But it’s always a concern whenever we make a traffic stop.

“What drivers should do is slow down,” he said. “Slow down and seriously try to give that officer as much room as they can without endangering themselves or anyone else.”

“Growing up in rural Illinois, Brooke loved her family, and her high school and college volleyball teams. Brooke always had a passion for service and committed herself to becoming a trooper. It was through that role that she gained her family in blue, met her husband and connected her personal and professional loves.

“When Brooke wasn’t working, she could be found working with rescue animals on her farm, cheering for the Cubs, working out with her CrossFit family and watching all the Disney movies she could find.

“This is a woman who embraced life and loved spending time with her beloved family and friends. A dedicated, courageous, loving and passionate officer and the absolute best person you could meet. Brooke will be sorely missed and is loved and celebrated for a life committed to her family and the service of others.”

The Ellis family released the following statement on Monday:

“Jerry will be remembered as the foundation of our family and the community. Through his compassion, devotion, and nurturing abilities, he supported anyone that crossed his path.”

“Each day, he will be remembered as a husband and father who was noble and altruistic. He was the person that would lend a helping hand without having to be asked.

“Acceptance, respect, and dignity are characteristics he displayed with the greatest of ease. His daughters described him as the best dad in the world, a hero, who adored them and showed them the tender unconditional love that only a father could.”

“He was a loyal and dedicated husband, providing love and laughter, teamwork and understanding, happiness and excitement; there was never a lack of effort when it came to his family.”

“We would like to thank and extend our condolences to every individual and organization who has helped and supported us at this time, including the Illinois State Police, all extended law enforcement agencies, first responders, hospital staff, family, friends, neighbors, and all the individuals we have not had the chance to meet in person.”

Nick Vlahos of GateHouse Media Illinois contributed to this report.