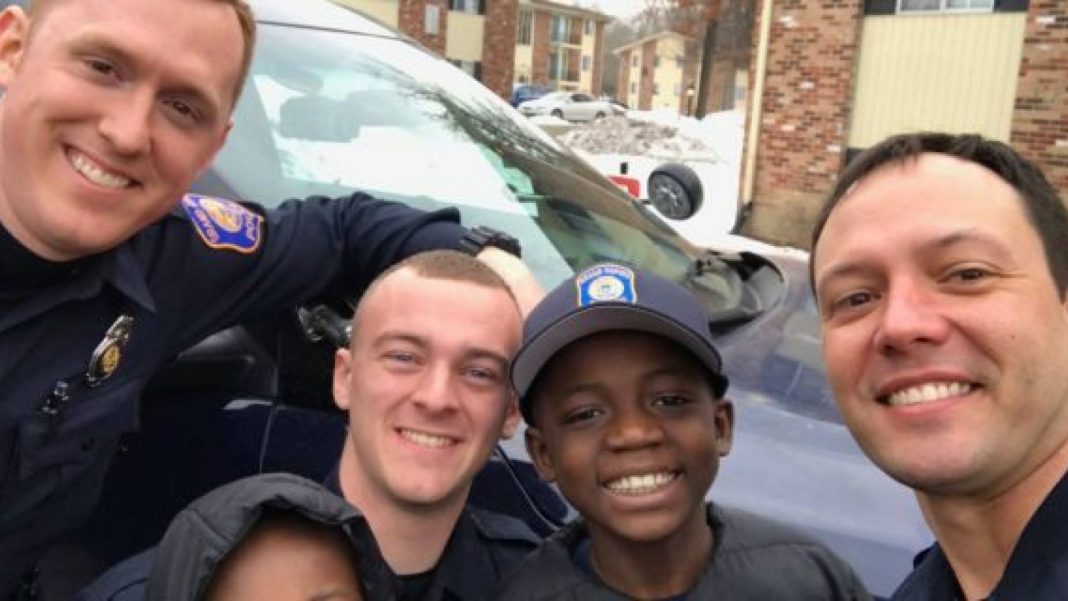 Grand Rapids police officers helped 9-year-old Thomas Daniel celebrate his birthday after no one showed up to his party.
(Grand Rapids Police Department)

A call for birthday backup led to a sweet treat for a Michigan boy.

Police officers in Grand Rapids surprised a 9-year-old boy with birthday cake, presents and a singing quartet at his bus stop Tuesday.

Officer Lynema spotted Thomas Daniels running for his school bus and offered him a ride, with his mom’s permission, when the bus didn’t stop.
(Grand Rapids Police Department)

Grand Rapids Police Officer Lynema first spotted 9-year-old Thomas Daniel chasing down his school bus Monday. When the bus did not stop for the boy, Lynema offered to help. Thomas’ mother, who does not have a car, gave the officer permission to drive her son to school, according to the police department’s Facebook post.

During the car ride, Thomas told the officer that it was his 9th birthday and invited him to his party after school. The boy said he had been bullied and feared none of his classmates would attend. Lynema gladly paid the party a visit only to find no cake and just Thomas’s siblings in attendance.

Officer Lynema attended the first birthday party at Thomas Daniel’s home only to find that none of his classmates came to celebrate.
(Grand Rapids Police Department)

Lynema decided to call his fellow officers for some birthday backup.

When the youngster got off the bus the next day, he was surprised to find officers waiting for him with a Krispy Kreme donut cake and presents.

“This is the best birthday ever!” Thomas told the officers, who also sang “Happy Birthday” in an impromptu quartet.

“No kid should get bullied, and no kid should worry if anyone will come to the party,” the police department said in the post.

“Next year Thomas Daniel, make sure you drop us that invite a little sooner. We wouldn’t want to miss it!”