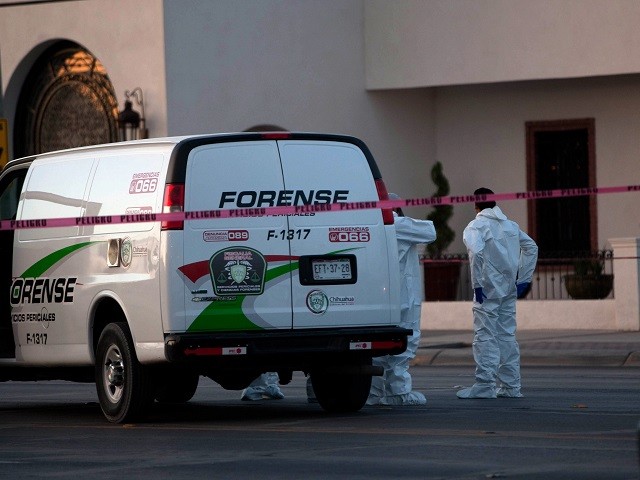 Violence in the border city of Ciudad Juárez continues at an alarming rate this year with a 74.6 percent increase in homicides during the first three months of this year over last.

During the first three months of this year, officials reported a 74.6 percent increase in homicides compared to the same three-month period of 2018. January of 2019 saw an increase of 33 percent, February — 118.6 percent, and March — 58.1 percent more homicides than the previous year, according to local media reports.

From 2008 to 2011 a cartel war broke out making Ciudad Juárez the most violent city in the world. Cartels fought a bloody war over dominance of the valuable city which sits just across the border from El Paso, Texas. The violence engulfing the city today is attributed to an ongoing turf war between rival drug cartels. Those factions are the Juarez cartel—La Linea against the Sinaloa cartel’s La Gente Nueva. The cartel factions are fighting for control over smuggling routes into the United States.

Local gangs aligned with the major cartels carry on the fight for the lucrative street-level markets. The bitter turf battle is not only occurring in Ciudad Juárez but also throughout the state of Chihuahua.

The new criminal justice system implemented nationwide in 2016 is also blamed as many street-level dealers and users are in and out of custody rather quickly— only to become involved in homicide cases over drug disputes. Several governors and state attorneys general admitted to Breitbart News that the new justice system is 10 to 15 years from being properly functional due to the drastic procedural overhauls.

During the first three months of this year, the following homicides have been registered:

After a downward trend in 2015, homicides in Ciudad Juarez have been on a steady uptick.

Robert Arce is a retired Phoenix Police detective with extensive experience working Mexican organized crime and street gangs. Arce has worked in the Balkans, Iraq, Haiti, and recently completed a three-year assignment in Monterrey, Mexico, working out of the Consulate for the United States Department of State, International Narcotics and Law Enforcement Program, where he was the Regional Program Manager for Northeast Mexico (Coahuila, Tamaulipas, Nuevo Leon, Durango, San Luis Potosi, Zacatecas.)

‘Every Terror Attack in France Is Another Reason to Vote Trump’

‘Every Terror Attack in France Is Another Reason to Vote Trump’

Marine who drowned saving another Marine honored for heroism