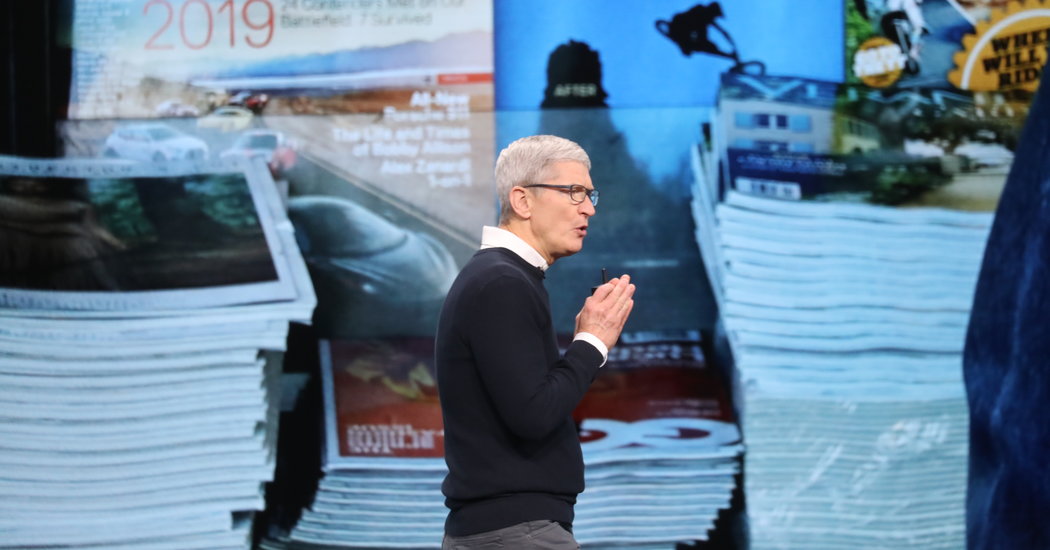 The majority of Journal stories will appear on the service, but with only a three-day archive. Content for niche groups, such as CFO Journal, which is aimed at the financial community, and CMO Today, geared toward advertising professionals, will not be included.

For Rupert Murdoch, the owner of The Journal since 2007, the partnership is a way for him to realize his long-held dream of turning the paper into something of interest to readers beyond Wall Street and corporate boardrooms.

The mogul was the driving force behind the Apple deal, according to two executives close to Mr. Murdoch. He wants The Journal to include more general interest, sports and lifestyle coverage, and the partnership with Apple gives the paper a concrete reason to move beyond its core readership.

Unswayed by sentiment, Mr. Murdoch, 88, recently sold off the bulk of his television and film properties as he refocused on the news business and reshaped his empire into an entity built to survive the final steps of the digital revolution. He was able to extract better terms from Apple than other publishers, the people close to him said, including the ability to exit on a time frame that would be more favorable to The Journal.

Mr. Murdoch has worked with Apple in the past. In 2011, when tablets were supposedly going to save journalism, he poured millions into an iPad publication, The Daily, with the help of Apple’s chief executive, Steven P. Jobs. The effort failed to make its mark and was shut down after less than two years.

Publications that originated at the now defunct Time Inc. — like Time, Sports Illustrated and Fortune — are also part of Apple News Plus. They were pushed into the arrangement as part of a deal struck by Meredith, the company that purchased them in 2017, according to two news executives familiar with the matter. Although Meredith sold Time and Fortune last year and is looking to move Sports Illustrated, the three publications appear to be locked in to Apple News Plus, at least for the time being. (Meredith and Apple declined to comment.)

The economics of Apple’s venture will vary from title to title. After the company takes half the subscription price, its partners will split the rest. How much each media company receives is based on the amount of time readers devote to its content. That model mimics Spotify and Apple Music, which pay record labels based on how often their tracks are streamed.