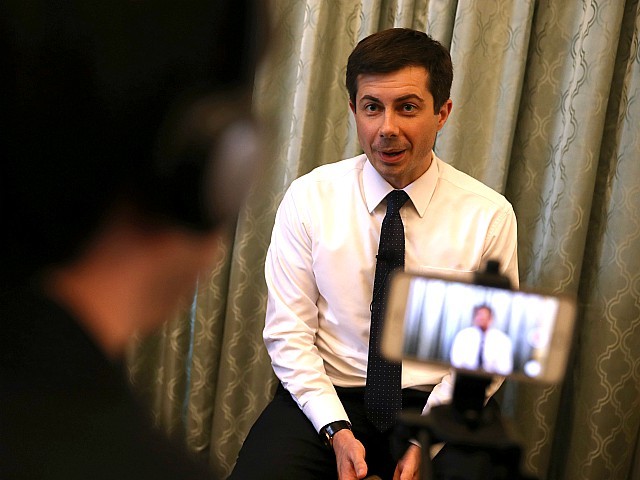 Brillstein Entertainment Partners brought Buttigieg to the office allowing him to speak to about 40 employees before participating in a meet and greet with entertainment industry moguls, according to the Hollywood Reporter.

He finished the day in Hollywood taping an appearance for Bill Maher’s HBO show.

Buttigieg surprised the establishment on Monday after announcing first quarter fundraising at $7 million.

This is just a preliminary analysis, but our team’s initial report shows we raised over $7 million dollars in Q1 of this year. We (you) are out-performing expectations at every turn. I’ll have a more complete analysis later, but until then: a big thank you to all our supporters. pic.twitter.com/rDmTEiTfCs

He also unveiled a new campaign office with a “walk and talk” scene hearkening back to the fictional West Wing television series.

Finally an office with room for a walk and talk. pic.twitter.com/SfphOsXZiY