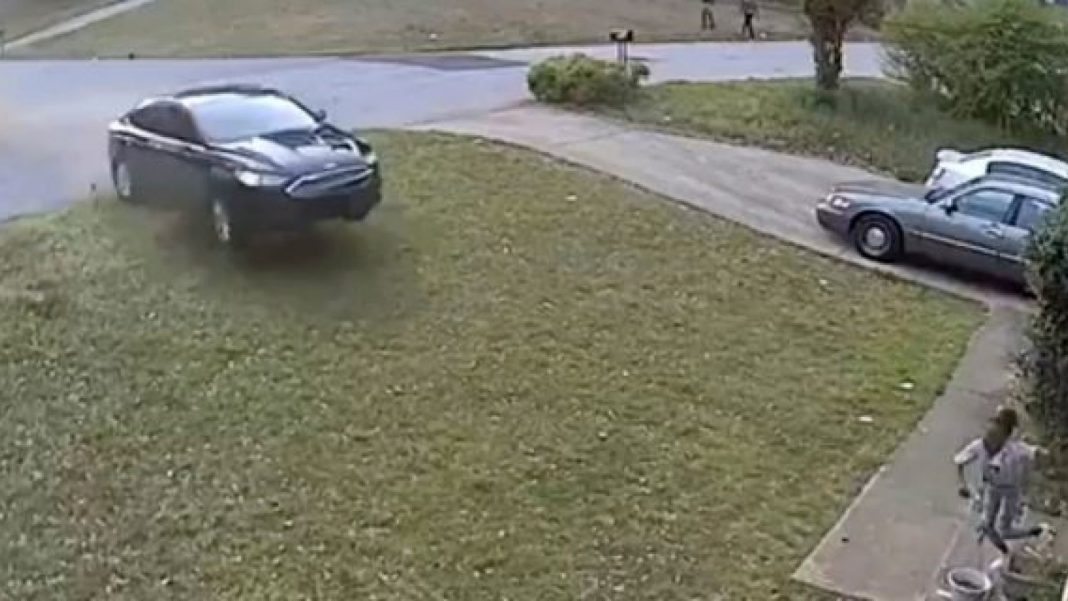 In this video frame grab made available by attorney Chris Stewart, shows a speeding car out of control before it hits LaDerihanna Holmes, 9, as she plays in her front yard Friday, March 29, 2019 in Lithonia, Ga. The driver is still at large. (Chris Stewart via AP)

LITHONIA, Ga. – Police have arrested a man they say was driving the car that hit and seriously injured a 9-year-old girl playing in her front yard in suburban Atlanta.

News outlets report that 28-year-old Gabriel Jabri Fordham surrendered to police Tuesday evening. Fordham faces charges including hit and run and serious injury by vehicle, in the crash Friday that left LaDerihanna Holmes with a fractured skull and broken pelvis.

But Fordham’s attorney Ryan Williams told WSB-TV his client was trying to fight off a carjacker when the crash happened. Williams said Fordham and his girlfriend, who owns the car, contacted police the day of the crash and had been working to negotiate a surrender.

Dramatic security camera video shows the car careening across the front yard in Lithonia and hitting the girl.