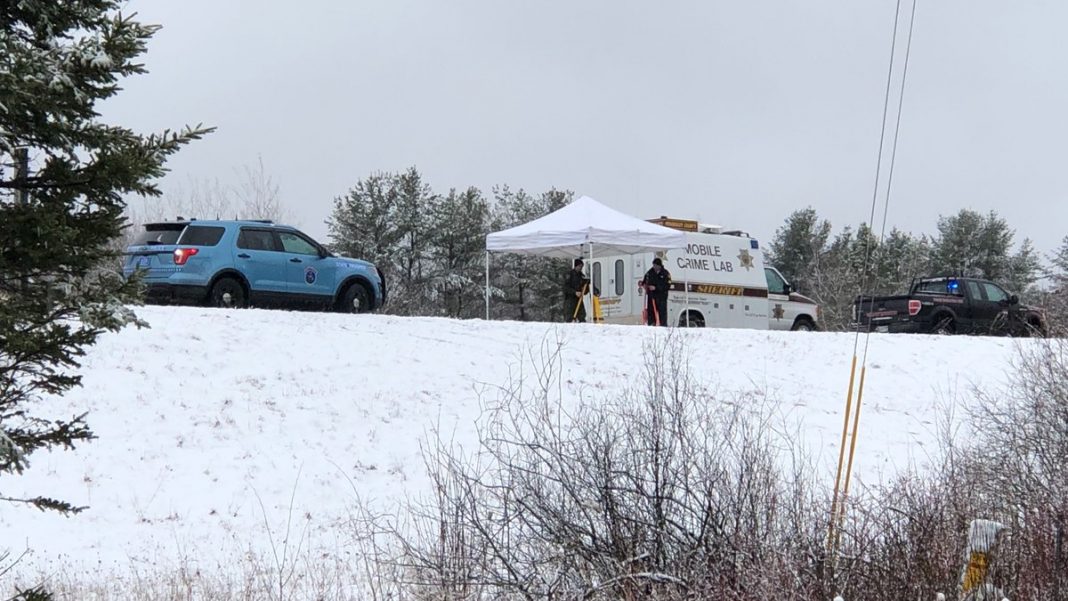 A Maine State Police trooper was struck and killed Wednesday morning on I-95 in Hampden, the department announced.

The trooper has not been identified.

The crash took place south of the Coldbrook Road overpass just after 7:30 a.m. The southbound lanes at the crash site have been closed and traffic is being diverted at the Coldbrook exit.

#BREAKING: A Maine State Trooper was struck and killed this morning in a crash on I-95 in Hampden, according to State Police. Part of the highway remains closed. https://t.co/nBns9nbxnL #NEWSCENTERmaine pic.twitter.com/SOmiSZDRGH

The trooper was out of his vehicle at the site of disabled car along I-95 and the other vehicle involved in the crash was a tractor trailer. The trooper was rushed by ambulance to Eastern Maine Medical Center in Bangor, where he died.

Few details about the crash were immediately available, but State Police Spokesman Steve McCausland said the driver of the tractor trailer stopped and is being questioned by police. No charges had been filed as of late Wednesday morning, he said.

There was light snow in Bangor around the time of the crash, with temperatures around 33 degrees, according to the National Weather Service.

A news conference is planned for 3 p.m. Wednesday at the state police barracks in Bangor to provide additional details of the crash and the identity of the trooper.

The last Maine state trooper killed in the line of duty was Detective Glenn Strange, who died in October 1997 of heart problems, six days after he was punched and kicked in the chest by a drunken driving suspect being arrested in Linneus.

The Maine State Police force is divided into troops that are each responsible for patrolling a large swathe of the state. The stretch of I-95 where the crash occurred is patrolled by Troop E, which also is responsible for all of Penobscot and Piscataquis counties, and is led by Lt. Sean Hashey, according to the state Department of Public Safety.

This story will be updated.

Comments are disabled on some stories about sensitive topics.

Down East getting up to 6 inches of snow

‘That’s the Kind of Teammate I Want’