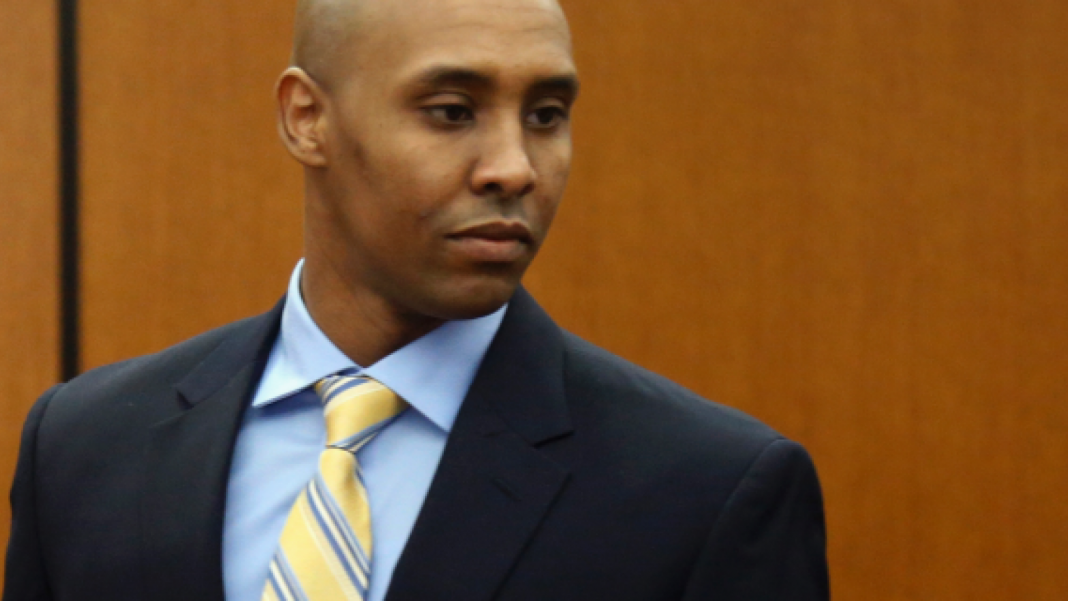 FILE – In this May 8, 2018, file photo, Mohamed Noor arrives at the Hennepin County Government Center for a hearing in Minneapolis. Jury selection is scheduled to begin, Monday, April 1, 2019, in the trial of the former Minneapolis police officer who fatally shot an unarmed Australian woman after she called 911 to report a possible sexual assault behind her home. Noor is charged with murder in the July 2017 death of Justine Ruszczyk Damond – a case that drew international attention and led to changes at the city’s police department. He has pleaded not guilty. (AP Photo/Jim Mone, File)

MINNEAPOLIS – Attorneys and the judge on Tuesday excused six potential jurors from the murder trial of a former Minneapolis police officer who fatally shot an unarmed Australian woman who called 911 to report a possible sexual assault behind her home.

Mohamed Noor, 33, is charged in the July 2017 death of 40-year-old Justine Ruszczyk Damond, a life coach who was engaged to be married. Attorneys and the judge said they had examined the questionnaires filled out by roughly half of the potential 75 jurors, and they agreed to excuse six of them based on their written answers.

One of the excused jurors wrote that he or she has negative feelings toward Somalis and believed Noor was a fast-track police hire. Noor is Somali-American.

Another potential juror said he had already decided that Noor is innocent.

Earlier, Hennepin County District Judge Kathryn Quaintance heard arguments on whether jurors at Noor’s trial should see a “fly through” exhibit of the shooting scene.

The prosecution wants to introduce a 3D scan of the Minneapolis neighborhood where Damond was shot. Authorities say Noor fired his gun once across his partner through the open driver’s side window, striking and killing Damond.

The Minnesota Bureau of Criminal Apprehension used the scanner to document the scene. In court, the prosecution played a video showing where Noor’s squad car was in relation to Damond’s body in the alley where she died.

The BCA also inserted lines showing potential bullet trajectories. But Noor’s attorneys contend the video is inadmissible because it “inaccurately and prejudicially depicts what a person would actually see.”

Prosecutor Patrick Lofton told the judge that the videos will help jurors “understand what the scene is like.” But defense attorney Thomas Plunkett argued that the evidence was novel in Minnesota and that the position of Damond’s body had changed over the seven hours that the BCA took the images.