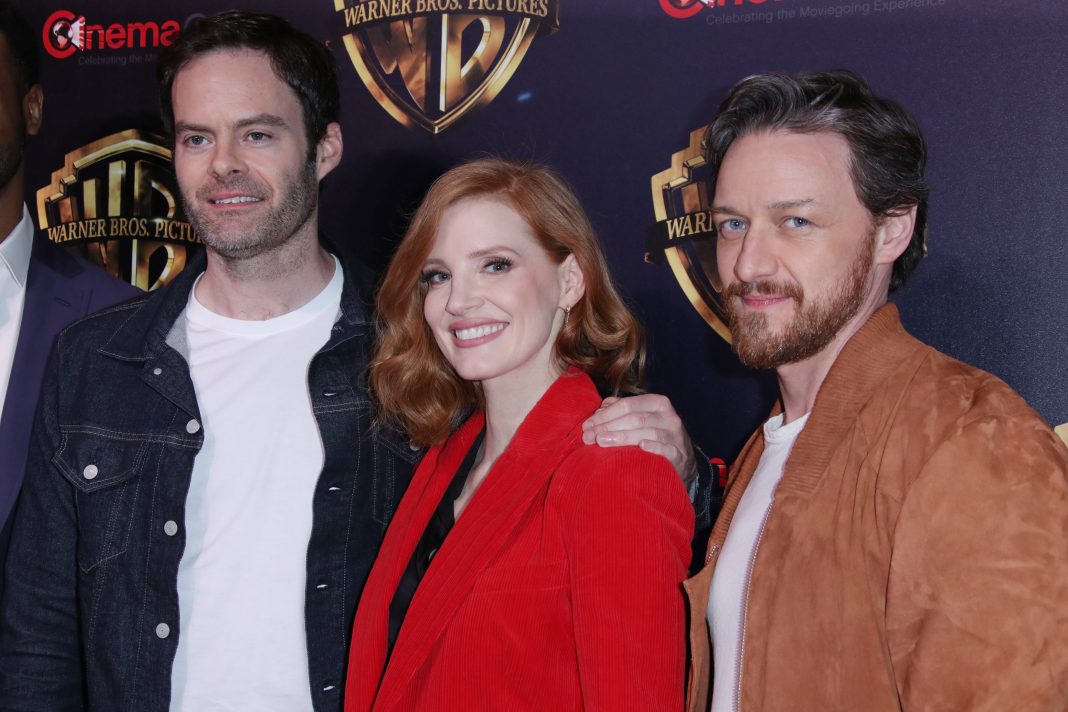 “It” director Andy Muschietti is back in the director’s chair for the sequel to his 2017 horror blockbuster.

Pennywise crash landed at CinemaCon as Warner Bros. unveiled the first footage from “It: Chapter Two.” The horror sequel arrives in theaters two years after “It” became a global sensation, earning $700 million worldwide to become the highest grossing horror movie at the box office (unadjusted for inflation). Director Andy Muschietti is back behind the camera for the sequel, which takes place 27 years after the events of the first film and finds the now adult Losers’ Club returning to Derry, Maine to finish off Pennywise once and for all.

Warner Bros. unveiled the first footage for the movie at CinemaCon. The footage began with an extended scene featuring Chastain’s Beverly ringing the doorbell to her old apartment. An older lady answers the door and informs Bev that her father is dead. Inside the apartment, Bev receives a poem postcard as the older woman begins to act strangely and sweat. “You know what they say about Derry?” the woman asks Bev. “No one who dies here really dies.” The lady reveals a scar on her chest and appears naked in the kitchen. The lady runs at Bev as the trailer cuts away to a montage of the other characters, Pennywise floating with balloons, and a final shot of Pennywise popping out to say “hello” to a young kid.

Warner Bros. will release “It: Chapter Two” in theaters nationwide September 6. Check out the first reactions to the footage below.

First look at IT: CHAPTER TWO gives us an unnerving intro to adult Beverly, back in Deery and almost immediately into some chilling ish, followed by teaser-y looks at the adult Losers Club looking understandably freaked out. Pennywise ends it. Not bloody, but tense and creepy.

Just got an extended clip and teaser for #ItChapter2 that is sure to get everyone excited and scared all over again. Will be doing a video reaction directly after this. #CinemaCon

IT: CHAPTER TWO trailer is Jessica Chastain-heavy. Effectively creepy, very bloody, and very red-balloon-heavy. Big round of #CinemaCon applause. This audience is down to … clown.

Sign Up: Stay on top of the latest breaking film and TV news! Sign up for our Email Newsletters here.