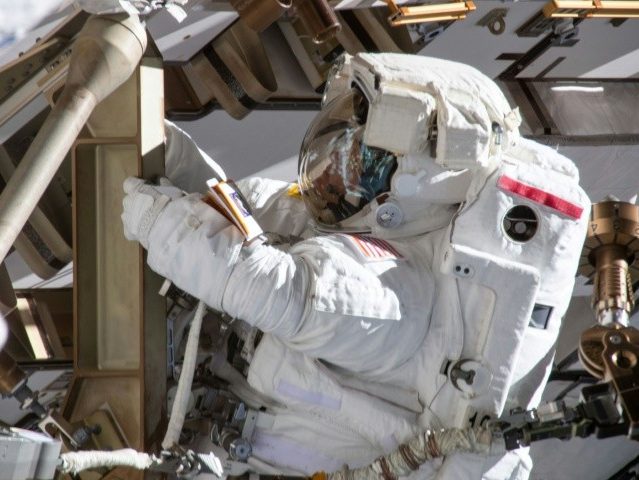 NASA Administrator Jim Bridenstine warned on Monday that India’s test of an anti-satellite weapon created a large cloud of orbital debris that could endanger the International Space Station (ISS), although the worst period of vulnerability appears to have passed.

The point Bridenstine strove to make at an online town hall meeting Monday is that anti-satellite weapons tests pose a serious threat to future activity in orbit. As dramatized in the 2013 movie Gravity, large orbital constructions are fragile and highly vulnerable to impacts from fast-moving debris.

Bridenstine said India’s anti-satellite test created 60 pieces of debris large enough to be tracked by NASA, 24 of which rose higher than the highest point in the space station’s orbit around the Earth, despite assurances from Indian engineers that their test would be conducted safely below the ISS’ orbit.

NASA estimated the debris created by the Indian test increased the chance of an impact on the ISS by 44 percent over the following ten days. Fortunately, such an event did not occur, and the debris is beginning to fall back into Earth’s atmosphere, where it will burn up on re-entry.

Bridenstine emphasized that all aboard the ISS are safe and the station has the means to move out of harm’s way if a large object threatens it.

“That is a terrible, terrible thing to create an event that sends debris at an apogee that goes above the International Space Station. That kind of activity is not compatible with the future of human spaceflight,” Bridenstine said.

The NASA administration said a growing number of delicate operations of tremendous benefit to humanity will be conducted in orbit, and they are all “placed at risk” by anti-satellite weapons tests.

“And when one country does it, then other countries feel like they have to do it as well,” he added.

Indian missile experts reacted angrily to Bridenstine’s critique, claiming the NASA chief made purely “speculative statements” in a bid to frustrate India’s progress as a space power. The Indians argued the amount of debris created by their weapon test was minuscule compared to the amount of junk already in orbit.

Gupta argued there was only a “remote possibility” of debris from India’s test rising high enough to threaten the ISS. He said America, Russian, and Chinese tests in the past have already created debris that jeopardizes “space assets of every country, including ours.”

The Chinese anti-satellite test of 2007 was especially notorious, as it was conducted at a high altitude and created an immense debris field.

The U.S. military said its early warning systems detected India’s anti-satellite launch last week, so warnings were immediately issued to satellite operators. The military’s initial judgment was that India’s launch did not directly endanger the ISS, although Pentagon officials voiced the same concerns as NASA about escalating tests by a growing number of aspiring space powers could create a very dangerous orbital environment in the future.