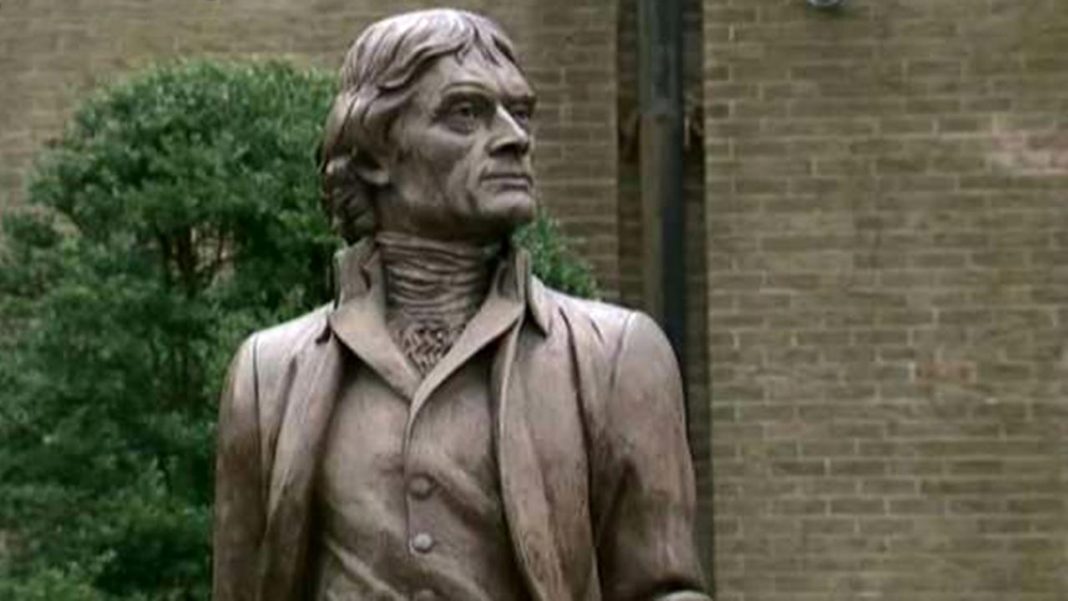 Amid renewed protests to remove a Thomas Jefferson statue at Hofstra University in New York, one student spoke with “Fox & Friends” about why it must remain on campus as a testament to history.

Richard Caldwell, a history major at the Long Island school, said he successfully counter-petitioned last year to keep the statue on campus when other students wanted it removed the first time. Now, for the second year in a row, students have hosted “Jefferson’s gotta go!” rallies, arguing the founding father “aided in the construction of institutional racism and justified the subjugation of black people in the United States.”

Caldwell, who also writes for the website Campus Reform, said his fellow students need to take into account the historical context of Jefferson’s ownership of slaves, in addition to the positive ideals he set forth for the American people.

“Thomas Jefferson was a great man. He wrote the Declaration of Independence, he instilled many of the ideals of freedom and equality that we use in our society today. We also have to acknowledge that he had the past history of slavery, which we look back and say it was horrible today, but was normal at the time,” Caldwell said.

In a statement responding to the renewed protests about the statue, Hofstra University referred back to their original decision last year.

“After the conversations a year ago with a variety of stakeholders about the Thomas Jefferson statue on campus, Hofstra University’s president announced in May 2018 that the statue will remain where it is,” the statement read.