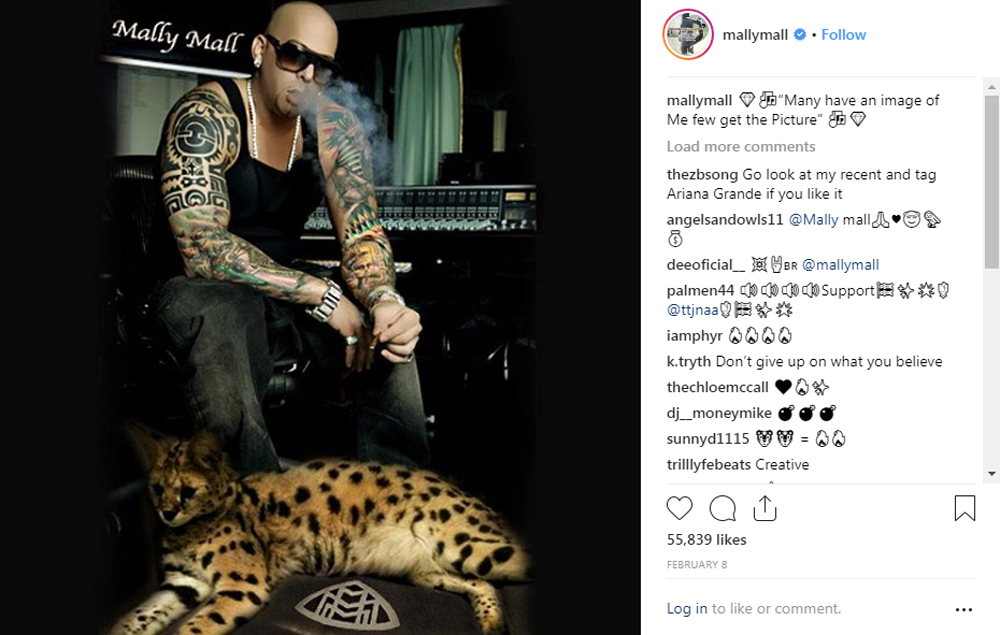 ENCINO (CBSLA) — An investigation into the trafficking of exotic animals led to a raid at the Encino home of hip-hop producer Mally Mall.

A search warrant was served early Wednesday in the 4000 block of Grimes Place by Los Angeles police officers and agents from the California Department of Fish and Wildlife.

Mall — whose birth name is Jamal Rashid – was reportedly home at the time of the raid.

According to his website, he has worked with artists such as Tyga, Drake, Justin Bieber, Future, Sean Kingston, and Snoop Dogg.

The producer’s Instagram account features several videos and images of a young serval hashtagged #Cleo, a Capuchin monkey apparently named Bubbs, and a Caracal cat – which is native to Africa, the Middle East, Central Asia, and India – he seems to call Pharaoh.

It’s not clear how these exotic animals were obtained, or whether permits were required to have them.

California has some of the most restrictive laws in the country against the possession of exotic animals, including big cats, like servals, and monkeys.

Fish and Wildlife officials say they found a serval and are working to safely remove it.

In 2014, the FBI raided Mall’s Las Vegas home as part of a federal human trafficking investigation.