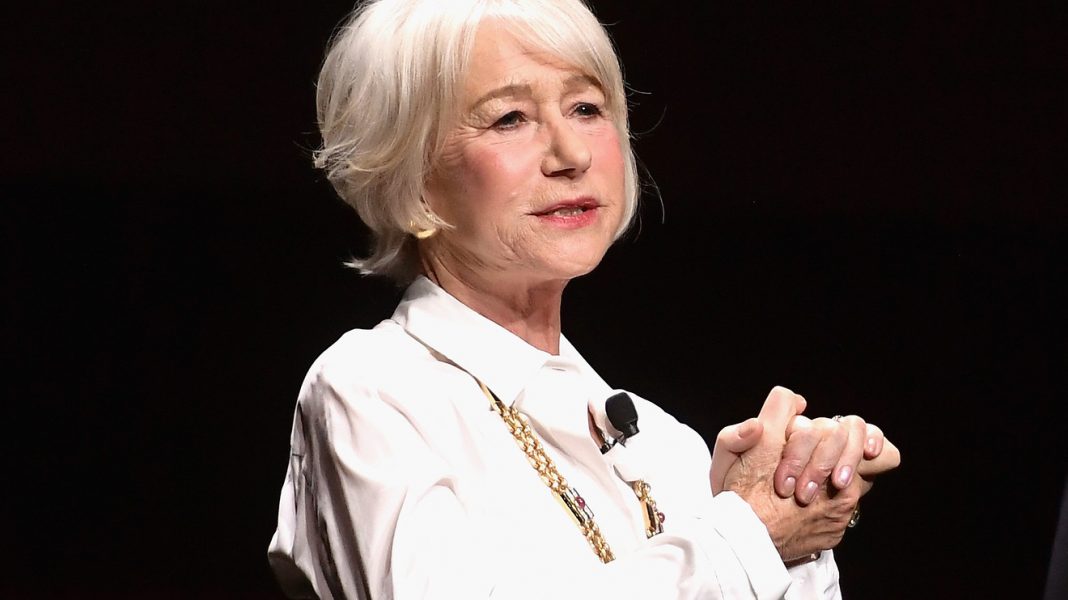 Dame Helen Mirren, who won a Best Actress Oscar for portraying Queen Elizabeth II in the 2006 film, used decidedly unladylike language to wade into the Hollywood debate about whether original movies from streaming services should be eligible for Academy Awards.

“I love Netflix, but f— Netflix,” Mirren, 73, said at CinemaCon on Tuesday night. Variety reported that those attending the convention of movie exhibitors (including film distributors and theater owners invested in people catch flicks off of their couches) met her remarks with “thunderous applause.”

The actress, who was promoting her new film “The Good Liar” at the Warner Bros.


presentation, added, “There’s nothing like sitting in the cinema and the lights go down. I would like to thank you guys for making that environment possible.”

The Hollywood Reporter noted that Netflix


has been “a huge topic of discussion” since CinemaCon kicked off in Las Vegas on Monday. Motion Picture Association of America chairman-CEO Charles Rivkin told theater owners on Tuesday why he was welcoming Netflix into the fold. “Here is what I know. We are all stronger advocates for creativity and the entertainment business when we are working together…all of us,” he said.


‘There’s nothing like sitting in the cinema and the lights go down.’

This comes on the heels of Hollywood heavyweights such as director Steven Spielberg calling for the Academy of Motion Picture Arts and Sciences to revise its rules so that Netflix features like Alfonso Cuarón’s “Roma” would no longer be eligible for Oscars — or regulations that would change how a streaming giant like Netflix markets its movies to Oscar voters. (One Oscar strategist suggested that Best Picture nominee “Roma” had a $50 million Oscar spend, Indiewire reported, compared to the $5 million push by eventual Best Picture winner “Green Book,” from Spielberg’s Amblin Entertainment. The New York Times put “Roma’s” marketing at $25 million.)

Critics also complain that “Roma” only spent three weeks as a theatrical exclusive, compared to the traditional 90-day cinematic window. Spielberg told ITV News in March 2018 that, “Once you commit to a television format, you’re a TV movie. You certainly, if it’s a good show, deserve an Emmy, but not an Oscar. I don’t believe films that are just given token qualifications in a couple of theaters for less than a week should qualify for the Academy Award nomination.”

But earlier this week, the Justice Department warned the Academy against limiting the eligibility of streaming services, which could possibly violate competition law. ln a letter obtained by Variety, the chief of the DOJ’s Antitrust Division noted, “In the event that the Academy — an association that includes multiple competitors in its membership — establishes certain eligibility requirements for the Oscars that eliminate competition without procompetitive justification, such conduct may raise antitrust concerns.”

Theater owners are probably feeling threatened as the North American box office was down 26% in March compared to a year ago, as there were no early hit blockbusters on par with “Black Panther” in the same window last year. Meanwhile, Netflix counts 58 million U.S. subscribers, and about 146.5 million subscribers worldwide.


over the same stretch.