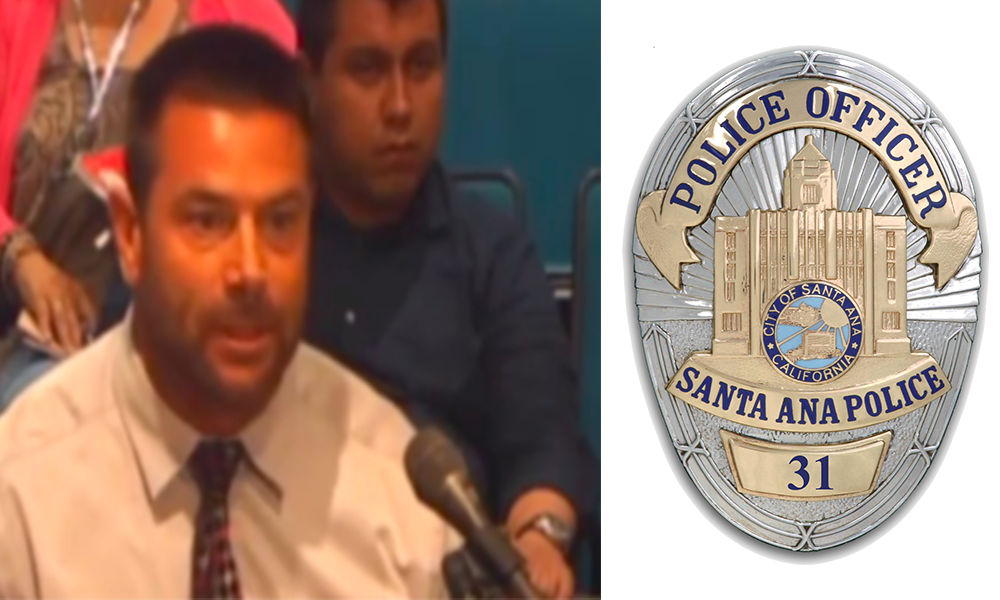 A former police union president and his wife, who worked in the Santa Ana police department, are suing the city they used to protect because they refused to go along with an “illegal scheme” to oust City Council members and the former police chief.

According to the Voice of Orange County, John Franks and his wife Laura say they were retaliated against because they didn’t want to funnel campaign contributions to certain city council candidates who wanted to oust the current police chief, Carlos Rojas, during the 2016 elections.

The police union spent roughly $400,000 during the 2016 elections. Franks, who was the union president and Santa Ana police officer, says he refused to direct some of the money to candidates in question but was overruled by his union members.

Once elected, those city council members held up their end of the deal and fired Rojas.

After Rojas was out, Franks claims he was stonewalled from getting a job with the Orange County Sheriff’s Office.

His wife, who was an employee at the department, was also sent sexually explicit text messages by the new police chief, David Valentine.

Former police chief Rojas is collaborating with the Franks in their lawsuit.

Rojas and Franks says current union president Gerry Serrano orchestrated everything because he had an ax to grind.

Rojas disciplined Serrano after he was arrested for a hit-and-run DUI in 2011. Since then, Serrano promised to unseat Rojas and used his ties with other union members and, at the time, city council candidates.

Franks stepped down as union president in 2016 and retired last fall after 25 years of service. His wife also left the department.