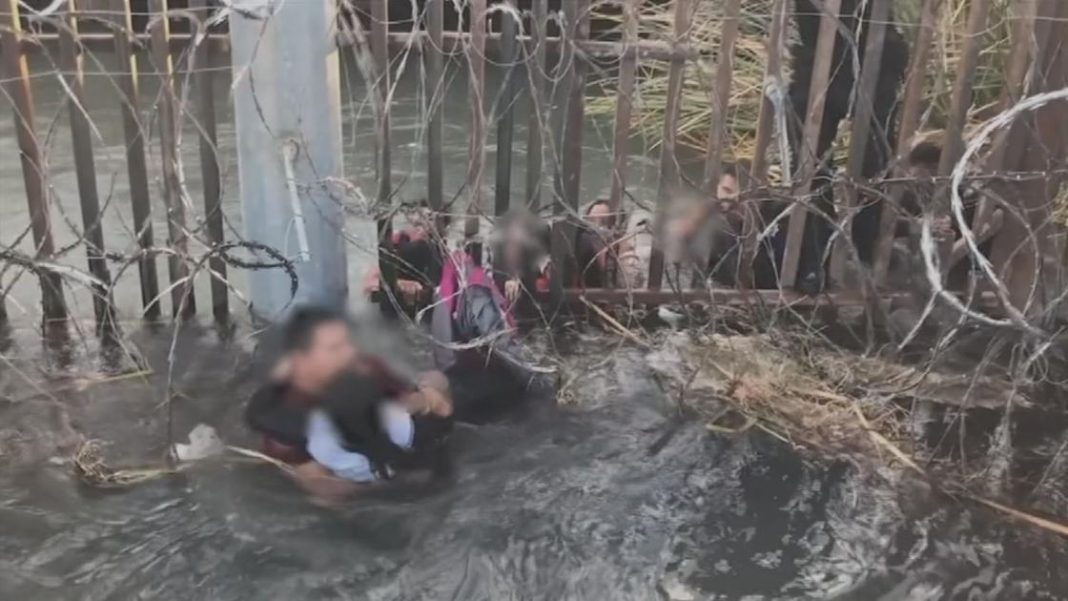 PHOENIX (AP) — As sirens wail in the background, migrant smugglers push adults and children through a hole beneath a border wall despite an officer’s demands on the other side that they return to Mexico.

“Return back!” the agent yells in one of two Customs and Border Protection videos released Tuesday that show how dramatic and dangerous migrant crossings into the U.S. can be when involving small children.

“Don’t do that! Look at the child!” the agent yells in the Dec. 18 video as smugglers push adults and children through the hole under the wall of metal bollards and past a large coil of razor wire at the border in Yuma, Arizona.

“Hey, careful! Careful with the boy!” the agent off-camera cries in alarm as a man crawls out with the first of two small boys alongside the wire.

The videos have come to light amid a surge of migrant families arriving at the border, overwhelming processing and holding centers.

A record number of families crossed into the U.S. in recent months, resulting in the expansion of what President Donald Trump calls “catch and release” — freeing people the system simply can’t deal with.

Since Dec. 21, Immigration and Customs Enforcement has freed more than 125,000 people into the U.S. who came into the country as families.

In the other newly released videos, several small children cry as smugglers try to help adults and children get through a hole in a border fence that passes through a water-filled channel. The Dec. 22 video was taken in the same general area as the other one and is a bit more difficult to follow.

Text included with the video says Mexican authorities responded in the second instance and were able to stop the smuggling attempt that saw the children being carried through the water.

It says one woman who was encouraged to return to her family on the Mexico side stayed in the U.S. and surrendered to Border Patrol agents.