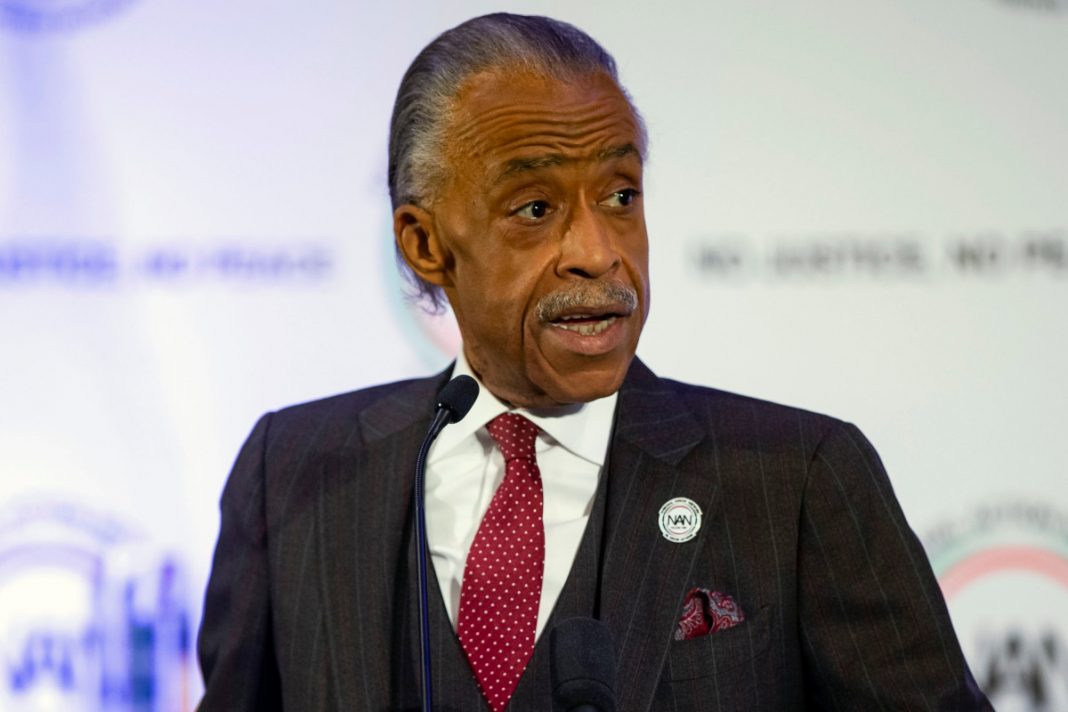 How is Al Sharpton — the Jussie Smollett of civil rights — still a kingmaker?

This week, nearly every single Democratic candidate for president — save the otherwise-distracted Joe Biden — has or will appear at Sharpton’s annual convention for his National Action Network, which he calls a charity.

A more rational observer might call it a personal piggybank funded by shakedowns.

When asked by The Post when he would see that half-million, Sharpton — who was covering the 100th anniversary of Nelson Mandela’s birth in South Africa for MSNBC, itself a sacrilege — took offense.

“What does that have to do with anything?” he asked.

Such is Al Sharpton’s M.O., one that’s kept him in public life for over 30 years: dodge, deflect, deny, distract — and then cry racism. Sound extreme? It’s a practice that has kept major American corporations donating to NAN rather than deal with Sharpton’s poisonous accusations. McDonald’s, Pfizer, Verizon, AT&T, General Motors, American Honda, Chrysler, Macy’s, Anheuser-Busch and Colgate-Palmolive have all paid to keep Sharpton quiet.

Former New York City mayor Michael Bloomberg reportedly donated $110,000 throughout his term in office, and Sharpton, who historically loved nothing more than to point his megaphone at City Hall and inflame racial tensions, finally shut up.

“Once Sharpton’s on board, he plays the race card all the way through,” a source told The Post in 2015. “He just keeps asking for more and more money.”

One of the great mysteries of modern American history is how Sharpton ever survived Tawana Brawley. For those too young to remember, in 1987, Brawley, then 15, was discovered wrapped in a garbage bag, smeared with human waste and racist epithets written in charcoal. She claimed that she had been gang raped in the woods in upstate New York by six white men, including then-Dutchess County prosecutor Steven Pagones.

Sharpton was Brawley’s greatest supporter, even as it was revealed she made the whole thing up, even as she and he were ordered to pay restitution to Pagones, whose life and reputation were ruined.

It was an order both, of course, tried to shirk. (Sharpton’s fee was eventually paid by supporters.)

In ‘80s and ‘90s New York, when race relations were dismal at best, dangerous at worst, Al Sharpton sought to instigate and agitate rather than calm. Even as he later became a buffoon, one of those only-in-New York characters with his bouffant and his medallion, wearing athletic suits even as he was morbidly obese, “Al Charlatan” to Ed Koch, he indefatigably reinvented himself. He dropped the weight, bought a briefcase. He wrote a book, ran for president, aligned himself with the Dalai Lama.

We knew, as he surely did, that it was still all a big con, an entertaining sideshow. And really, it still is. Who in today’s America finds Al Sharpton politically and racially relevant? Who can recall the last thing Al Sharpton did for someone not named Al Sharpton?

On Friday, every candidate from Kamala Harris to Elizabeth Warren to Bernie Sanders will nonetheless kiss the ring, as Beto O’Rourke did on Wednesday afternoon. Beto pulled a cynical 180-degree turn on his former opposition to reparations. In other words, he was against it just last month before he was “absolutely” for it today — perfect funhouse logic for the political theater of Reverend Al.