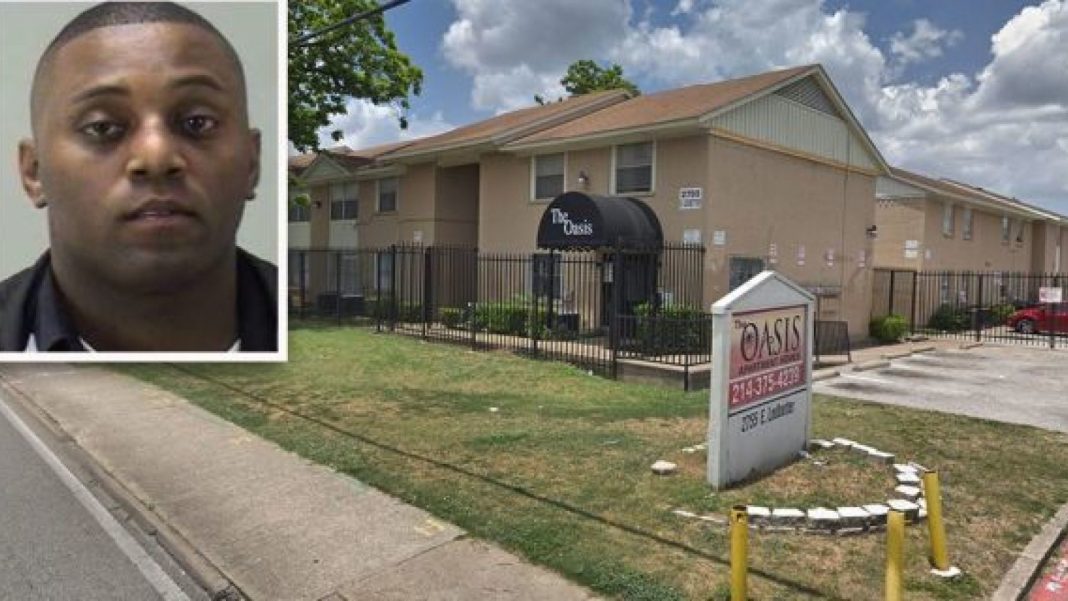 A Texas man fatally shot by a security guard on Sunday was unarmed and naked when the shooting took place, a detail that seems inconsistent with the guard’s claim that he was acting in self-defense.

Dallas police responded to reports of a shooting at the Oasis Apartments on East Ledbetter Drive at 10:30 p.m. Sunday. Officers found 32-year-old Christopher Willard with a gunshot wound to his chest.

He was transported to Baylor Hospital where he was pronounced dead.

Initial reports from police indicated that Willard was involved in an altercation with a female security guard at the apartments 30 minutes prior to the shooting. Court records obtained by Fox 4 say Willard punched the unidentified female guard in the face.

Security Officer Vincent Hobbs, 32, and other guards went to the room where Willard was staying to confront him. Police say a fight ensued in the apartment and then spilled into the hall. Other security guards allegedly subdued Willard while Hobbs shot him.

Hobbs, who has been charged with murder, initially told police he was acting in self-defense, with Willard charging at him with a gun, Fox 4 reported.

But an arrest warrant affidavit said Willard was both unarmed and undressed at the time. The report cited witness testimony and body camera footage from one of the security officers.