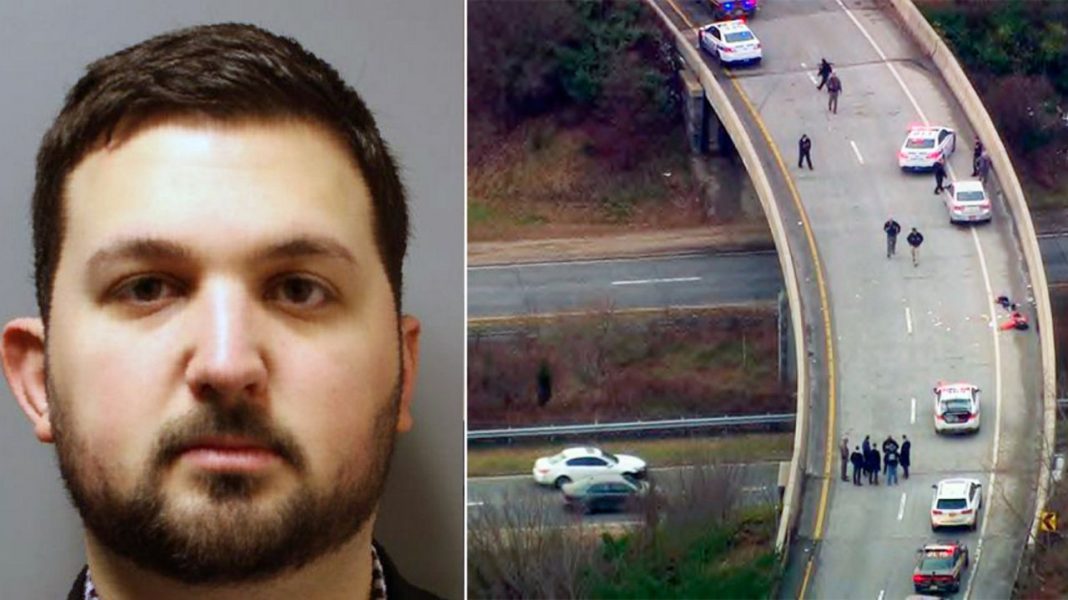 A distracted driver who hit a state trooper on a Sagtikos Parkway overpass, causing the officer to lose the ability to walk, talk or eat on his own, has been charged with misdemeanor assault, prosecutors said Tuesday.

Jesse Cohen, 23, of West Islip, “sent and received dozens of text messages in a number of separate conversations in the 20 minutes leading up” to his striking Trooper Joseph Gallagher on Dec. 18, 2017, Westchester County prosecutors said.

Westchester District Attorney Anthony Scarpino Jr. was appointed special prosecutor in the case after the office of Suffolk County District Attorney Timothy Sini recused itself because of an unspecified conflict, officials said.

The trooper, now severely disabled and requiring constant care in a rehabilitation center, was 35, married and the father of young children when Cohen ran into him, officials said. Gallagher had been helping another motorist with a disabled car.

The officer, who served in the Coast Guard before becoming a state trooper in 2014, had parked his patrol car — with its lights flashing — behind the stopped car, closing one of the two lanes on the overpass connecting the Sagtikos with the Long Island Expressway in Commack, prosecutors said.

And Gallagher, a native of the Buffalo suburb of West Seneca who had worked on Long Island for nearly a year, had placed flares around the stopped car, they added.

“While more than one car successfully passed the trooper in the right lane, motorist Jesse Cohen failed to move right and drove his car into Trooper Gallagher,” the prosecutors said.

State Police Maj. David Candelaria, in a joint statement with the prosecutors, said, “Texting while driving is dangerous for the driver, other motorists and our first responders who are working to protect the driving public. The deaths and injuries caused by distracted driving are 100 percent preventable.”

Get the latest breaking news as it happens.

If convicted, Cohen, charged with assault in the third degree with criminal negligence, faces a top prison sentence of 1 year, prosecutors said.

Cohen was arraigned on an indictment in Suffolk County Court in Central Islip on Tuesday and released on his own recognizance, they said.