Home Conservative Life Arkansas men in bulletproof vests shoot each other after night of drinking,... 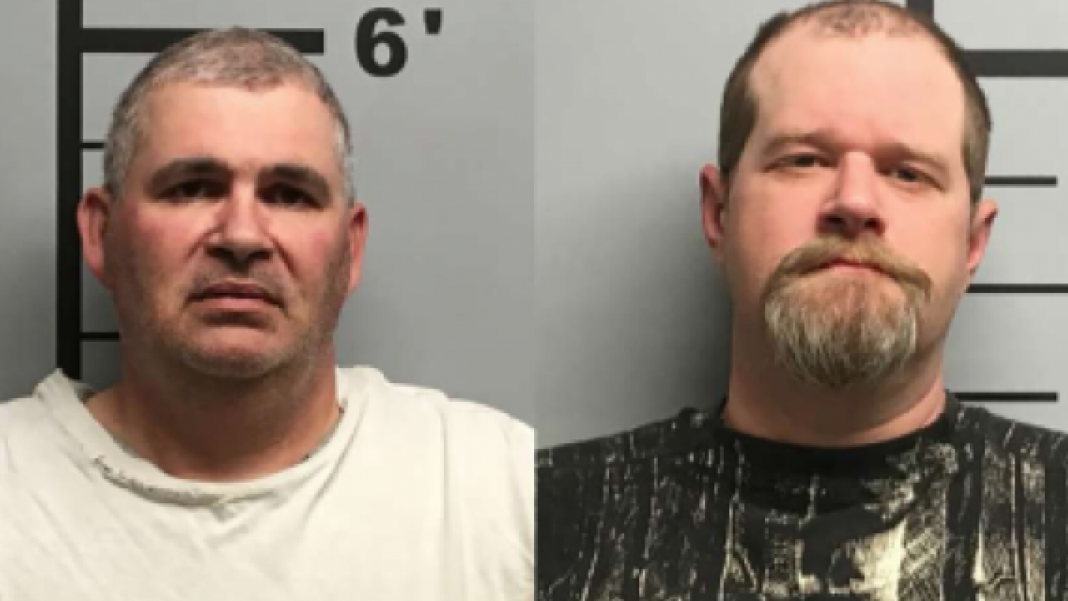 Charles Eugene Ferris, 50, and Christopher Hicks, 36, were arrested after they allegedly shot at each other while wearing a bulletproof vest.
(Benton County Sheriff’s Office)

The good news is the bulletproof vests worked.

But two Arkansas men could still be in legal jeopardy after a night of drinking led them to test the vests by shooting at each other, officials said.

Charles Eugene Ferris, 50, and Christopher Hicks, 36, were arrested Sunday after Hicks showed up at a Rogers hospital complaining about chest pain.

Not wanting to reveal the true story of the backyard shootout, police said Ferris invented a lively story to explain the situation, KFSM reported.

Ferris allegedly told authorities he’d been paid $200 to protect an “asset,” whom he followed into the woods at Hobbs State Park. Ferris reportedly said that, while in the woods at about 10 p.m., the pair met a third man who approached the “asset” and prompted a gunfight. Cops say Ferris claimed to have been struck six times while returning fire and finally driving away with the “asset.”

Ferris allegedly said the “asset” dropped him off at his vehicle and the 50-year-old then dumped his weapons and drove to the hospital.

But officials say Ferris went from looking like 007 to just looking like a zero when his wife showed up at the hospital and spilled the beans: Ferris and Hicks shot each other while drinking on the back porch of their home.

Ferris then reportedly recanted his far-fetched story and told authorities he lied to protect Hicks from getting in trouble.

Police said Ferris then admitted to wearing the bulletproof vest and asking Hicks to shoot him with a .22-caliber semi-automatic rifle. The vest stopped the bullet — but it also hurt and left a mark on Ferris’ chest.

Ferris allegedly said he got angry and “unloaded the clip into Christopher’s back.” Hicks only suffered bruising from the gunshots, police said.

Both men were charged with aggravated assault and face up to six years in prison.