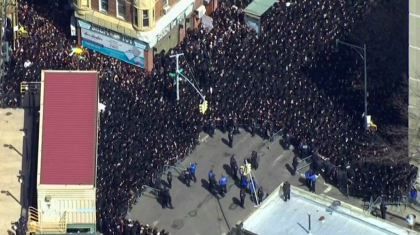 Thousands of people packed the streets in Borough Park to remember the life of a rabbi who passed away.

Grand Rabbi Yisrul Avraham Portugal was a Holocaust survivor who came to the United States in 1960.

So many people gathered for the funeral, many streets were closed down.

The drone pilot, 36-year-old Yehiel Rosenfeld, was arrested and charged with reckless endangerment, assault and violation of law for flying a drone in a restricted area.