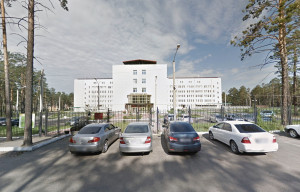 BROOKLYN’S streets were filled with an estimated 100,000 Hasidic Jews yesterday for the funeral of a rabbi who was famous for his hatred of the internet.

Mourners with smartphones in their pockets were banned from touching the coffin of 95-year-old Holocaust survivor Yisroel Avrohom Portugal.

New York police struggled to control the vast crowds and two officers were injured in the mayhem.

One suffered a suspected broken ankle when he was run over by the hearse, and another was hit on the head by a drone.

NYPD commissioner James O’Neill said: “There was a drone that came out of the sky and hit a police officer.

“The drone apparently ran out of gas and it landed on the officer’s head.”

Mourners in traditional dress who lined the streets in Boro Park surged against crash barriers, climbed lampposts and hung off balconies to get closer to the procession.

Whole blocks were shut down, with shops staying shut out of respect.

It was announced before the service that anyone with a smartphone should not touch the body or the coffin, reports The Lakewood Scoop.

Portugal was leader of the Skulen Hasidic dynasty founded by his father, and was known for denying himself a bed to sleep in or more than one meal a day.

He also battled against modern perils such as the internet and reputedly set fire to a television set each year on the eve of Passover.

One of the last surviving remnants of the pre-Holocaust generation – a leader that was deeply respected by all.

The rabbi, known as the Skulener Rebbe, was born in 1924 in what is now Moldova and followed his father and grandfather into religious study.

The family moved to the Ukraine to escape the Nazis, then returned to Bucharest in Romania – where the Communist regime reportedly jailed the father and son for teaching Torah and helping Jewish children.

UN officials helped them flee to the US in 1960.

Rabbi Yisroel Avrohom took over as head of the dynasty after his father Eliezer Zusia Portugal’s death in 1982.

He died aged 95 on Monday surrounded by family at Johns Hopkins hospital in Baltimore.

The need to transport his body to Brooklyn meant the funeral could not take place the same day, as is the custom.

Brothers, 2 and 1, both drown in pool accident shortly after sister died

Assembly Member Simcha Eichenstein said: “As a community we mourn the petira of the Skulener Rebbe zatzal, one of the last surviving remnants of the pre-Holocaust generation – a leader that was deeply respected by all.

“Rabbi Portugal was a truly inspiring and special individual that we should all aspire to be like.”

He had five sons who are all rabbis and three daughters who married rabbis.

It is understood eldest son Yeshaya Yaakov Portugal will succeed him as leader.

Rabbi Yisroel Avrohom Portugal, who has died aged 95, was known for his hatred of the internet and television