Home Blue Lines Woman arrested for driving on a bare rim; had a full margarita... 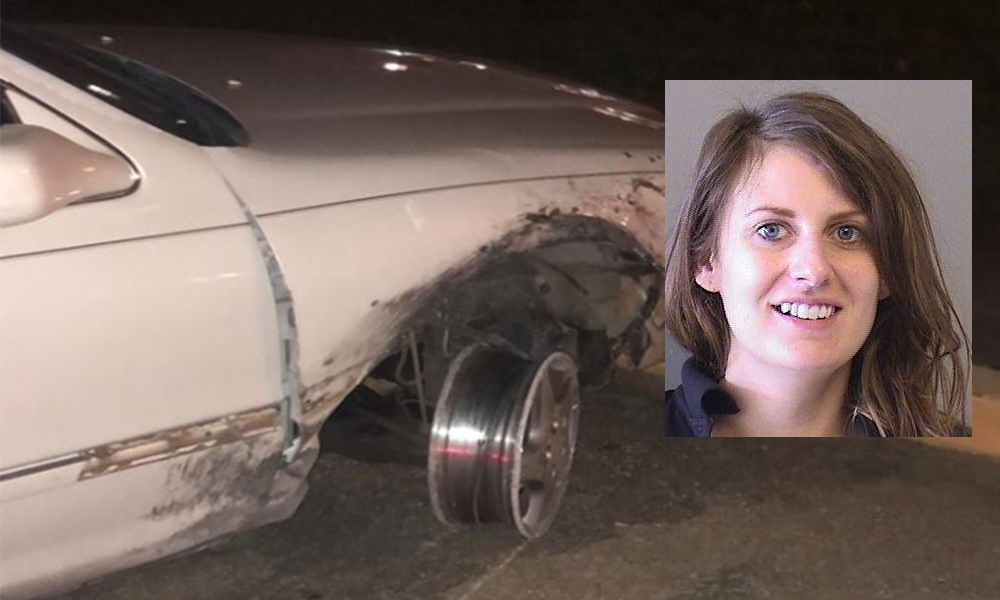 An Oklahoma motorist was literally wasting away in Margaritaville, according to cops who pulled her over for driving her smashed-up car on a bare tire rim.

Tulsa Police said they could hear Amy Ann Dillon “coming from a block away” before they busted her on several driving-related charges Saturday night, including driving under the influence.

“When asked how much she had to drink, she stated two tequila shots,” the Tulsa Police Department wrote on Facebook. Officers claimed Dillon had “said this as she could barely stand upright.”

But apparently the party was just starting when police arrived. Cops claimed they found “a full margarita insider her cup holder” after she failed a field sobriety test. Dillon reportedly “blew a .21 and climbing” on a breathalyzer test. That’s well over twice the legal limit.

Police also claimed Dillon “had wrecked her car on something,” but couldn’t say what it was. She was charged with her second DUI offense, operating a defective vehicle, transporting open liquor and not having a driver’s license in her possession.

She could be further in trouble once officers find out what she hit — or possibly what hit her — causing notable damage to the car.

Colorado wildfire forces new evacuations as firefighters ‘praying we get a...

‘Go Back to Your House,’ Antifa Activists Shouts at Portland ‘F-ing...