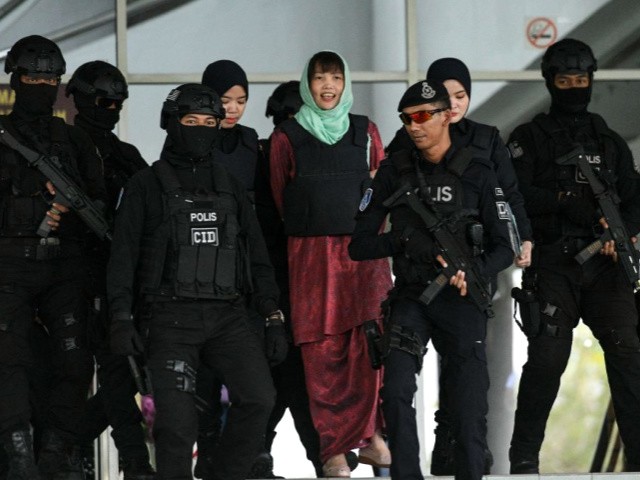 A Vietnamese woman has been sentenced to just three years and four months in jail for her involvement in the assassination of North Korean dictator Kim Jong-un’s half brother Kim Jong-nam.

After pleading guilty to a lesser charge of causing harm by potentially deadly means, Doan Thi Huong was sentenced by a court in Malaysia to three years and four months in jail, starting from her arrest back in February 2017.

The 30-year-old had been facing the prospect of the death penalty if found guilty of murder. Yet her lawyers argued that their client was both “naive and gullible,” and that North Korean agents “manipulated her to carry out their evil designs under the camouflage of funny videos and pranks.” The regime continues to deny any culpability.

As a result of the verdict, she now be could be freed by May, having already served two years of her sentence. “In the first week of May, she will go home,” Huong’s lawyer Hisyam Teh Poh Teik told reporters outside the court in Kuala Lumpur.

During her sentencing on Monday, the judge said she was “a lucky person because from the original charge of murder which carries a mandatory sentence of death, the prosecution has offered … [her] an alternative charge.”

“Thank you very much,” she replied. “Only God knows that we did not commit the murder. I want my family to pray for me.”

Kim Jong-nam was murdered in February 2017 at a Kuala Lumpur airport terminal after he was doused with a chemical nerve agent. Having once been the heir apparent to the Kim dynasty, he eventually fell out of favor and became an occasional critic of the country’s leadership, with his murder now widely believed to have been ordered by the North Korean regime.

“We have felt so thankful for all the support from the government, lawyers, and communities,” she told the service.