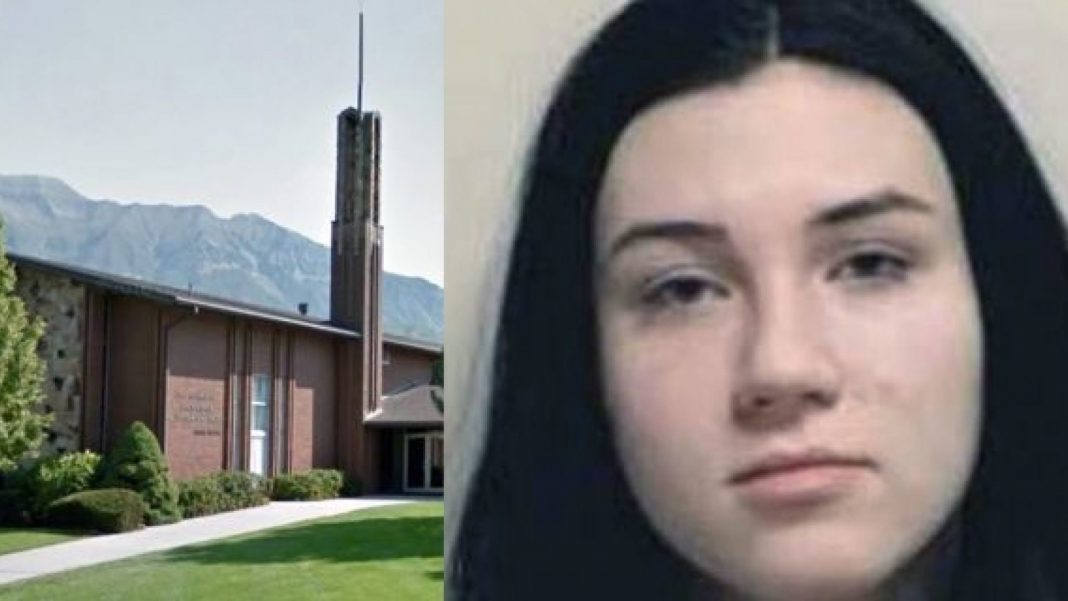 An Orem, Utah teen was arrested Friday for setting fire to two churches and writing graffiti, including “Satan lives,” causing a total of $600,000 in estimated damages. She blamed it on her “crazy life at home.”

Jullian Robinson, 18, was starting fires in a second building belonging to The Church of Jesus Christ of Latter-day Saints early Friday morning when a police officer founder her on the sidewalk with a backpack containing gasoline, a power drill, a lighter, and a black sharpie in the city, which is 40 miles south of Salt Lake City.

“They went inside and saw several fires had been set throughout the church,” police officers wrote, chalking it up as part of “daily shenanigans” in a Facebook post. “They were able to put the fires out with a fire extinguisher that one of the officers had in his patrol car.”

Robinson initially denied any involvement. But, according to court documents, she eventually admitted to the arson.

“I was angry and all I wanted to do was set a small fire and it got out of control. I fled the scene and didn’t look back,” Robinson reportedly wrote on the statement. “I felt like playing with fire because of my crazy life at home, this was not a hate crime.”

“It’s obvious she doesn’t agree with maybe some of the things with the LDS Church and that’s maybe why she picked that,” Martinez said. “She’s only been 18 for about six months now, so super young. Not a good start.”

The Orem LDS church boarded up the area set on fire and held services at a different location this past weekend.

Robinson was arrested for arson, burglary, criminal mischief, and possession of burglary tools. She is being held at the Utah County Jail on a $20,000 bond.