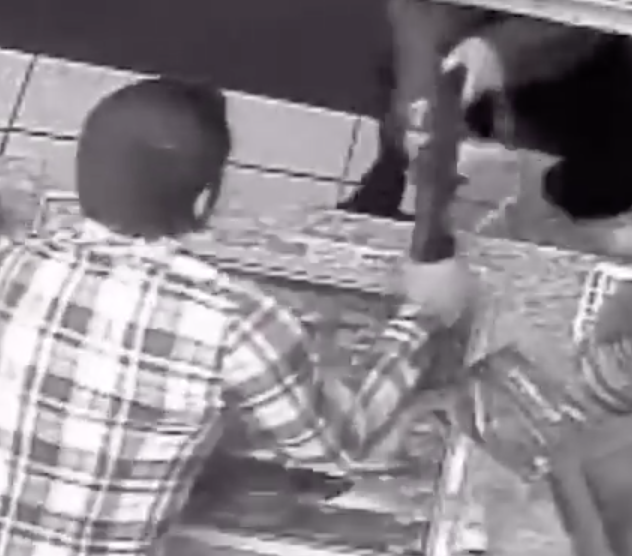 A Tulare County store clerk wrestled away a shotgun from an unknown suspect Friday night after he robbed a Porterville store.

The Tulare County Sheriff’s Office released surveillance footage Monday that captured the incident at Omega Mart in hopes the public can help identify the masked robber.

Deputies said the suspect ran into the store, located in the 700 block of East Date Avenue, armed with a shotgun and demanding money. After the man stole cash, the store clerk reached across the counter and grabbed the barrel of his shotgun. After a brief struggle, the robber ran out the front door and was chased by the clerk, deputies said.

No one was injured.

COVID-19 smartphone app can tell if you’re an asymptomatic carrier –...