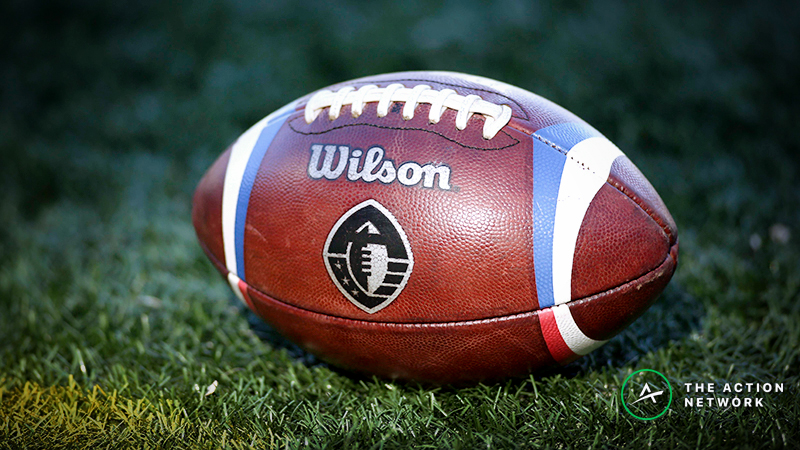 Just eight weeks after playing its first games, the Alliance of American Football (AAF) will be suspending football operations by the end of Tuesday, according to sources.

Tom Dundon effectively bought a majority stake in the league in mid-February, with the league announcing his commitment of $250 million. It later became clear that Dundon, who owns the Carolina Hurricanes, was funding the league on a week-to-week basis, with his approximate total commitment being $70 million to this point.

After the deal with Dundon, sources say it became clear to league co-founders Charlie Ebersol and Bill Polian that Dundon’s objectives were different from the original plan.

Ebersol and Polian’s plan was to develop the league for three years on its own before becoming a feeder system to the NFL. Dundon, however, wanted to create that minor league relationship immediately and sought to use the leverage of folding the AAF to get a deal with the NFL Players Association to better insure a flow between leagues.

As it stood, the NFL collective bargaining agreement would not allow several of Dundon’s asks, including a flexible system between AAF players and NFL practice squads.

According to sources, the AAF had a call with reps from the NFLPA on Monday and a potential relationship showed some signs of life, so Tuesday’s news came as a surprise to some league executives.

Before Dundon came along, the league’s main investor was Reggie Fowler, as The Action Network first reported on March 27.

Fowler, who was initially going to buy the Minnesota Vikings before having financial issues, committed $170 million to the AAF, according to sources. After being vetted and suggested to the AAF by NFL executives themselves, Fowler had only put up $28 million by the time Dundon swooped in.

While Dundon funded the league payroll, sources say he did not pay vendors that worked with the AAF, many of whom are still looking for their money. It’s of debate what party — either Dundon or the first ownership group, which was diluted by Dundon’s investment — should foot the vendor bills.

When Dundon agreed to back the league, sources say he took unilateral control of the board, meaning any decision he wanted to make, including folding the league, was his to make.

The AAF investment is comprised of a bunch of companies, including a tech arm, which MGM invested in. Part of the league’s original strategy was to use mobile gaming to drum up fan interest. While Dundon is said to have liked the tech component of the business and owns the entire company, sources say it would not be legal for him to shut down the league in order to strip the assets.

In January 2018, WWE chairman Vince McMahon announced that he would bring back the XFL in name and logo only. The new league — which is being billed as a gimmick-free version of what originally launched in 2001 and lasted for a year — is set to debut in 2020. Sources told me last year that McMahon planned to spend close to $500 million for the league’s first three seasons and that he had sold $361 million in WWE stock to fund Alpha Entertainment, whose only asset at this time is the XFL.

Charlie Ebersol announced the AAF two months later but leapt ahead of McMahon’s timeline by launching his league right after this year’s Super Bowl.

While TV ratings remained somewhat respectable, attendance in many markets were lackluster, hovering around 10,000 reported fans per game.

The league was also, unsurprisingly, of interest to bettors. Jeff Sherman from the Westgate Las Vegas SuperBook told The Action Network’s Michael Leboff that they saw the most action in Weeks 1 and 2. Westgate also took a small amount of futures bets on who would win the AAF Championship Game, and all of those wagers will be refunded if the league officially folds.

“We’ve seen start-up leagues fold before so we wanted to leave nothing to chance and be as definitive as possible,” Sherman said.

The league got a public relations boost late last month, when former Heisman Trophy winner Johnny Manziel got released from his Canadian Football League team and signed on with the AAF’s Memphis Express.

But at that point, Dundon was already threatening to fold the league to get the NFL Players Association’s attention, despite the AAF having created few stars that the NFL would want.

Dundon’s decision to suspend operations comes with just two weeks remaining in the regular season and less than four weeks away from what would have been the first AAF Championship Game, slated to be broadcast on CBS.

Stay tuned for more updates on this developing story.