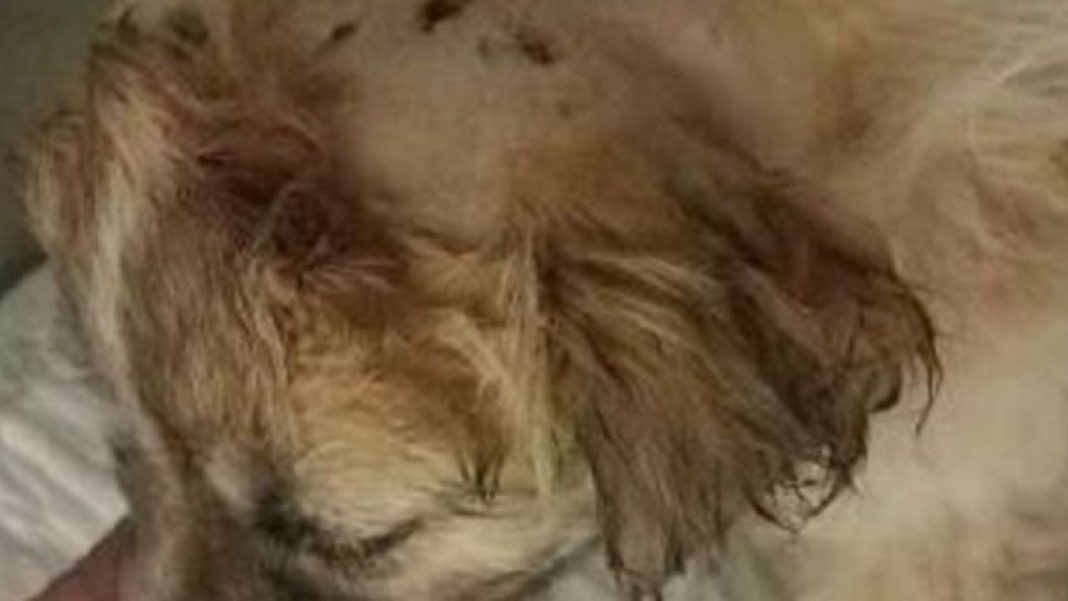 A puppy is recovering after being carried away by an owl and dropped on a golf course on Friday in Arizona.
(Foothills Animal Rescue)

A 12-week-old puppy was rescued after an owl carried her away and dropped her on a golf course in Arizona on Friday, according to a rescue organization.

The puppy Latte suffered puncture wounds from the owl’s talons. The wounds were visible in the dog’s skull, Foothills Animal Rescue said in a release. She is now recovering.

Bonnie Ziegler, a foster mom, had left Latte and three other puppies out for a supervised potty break Friday morning at her home in north Scottsdale, but only three dogs returned, the rescue said. Latte, the fourth puppy, could not be found.

“I didn’t hear a sound and the other puppies didn’t bark. It was as if she just vanished,” Ziegler said, according to the rescue. “We immediately started searching and soon our neighbors joined in. We posted a notice on Next Door (a neighborhood social network app) in the hopes someone might find her.”

Nearly 12 hours after Latte’s disappearance, golfers at Troon Golf Club found the injured puppy dehydrated and weak under a tree near the 16th hole, the release said.

Ziegler was then contacted by a neighbor who saw the information on Next Door and alerted the foster mom.

Latte did not suffer any broken bones and is good spirits, the rescue said. She is expected to remain in foster care for a few more weeks. She may already have an adopter, but the rescue will make formal announcement if she needs a home.

The puppy’s veterinary costs amount to about $4,500, and the rescue is seeking the public’s help to cover it.

The rescue is a non-profit organization and cage-free shelter that provides a temporary safe haven for homeless dogs and cats.