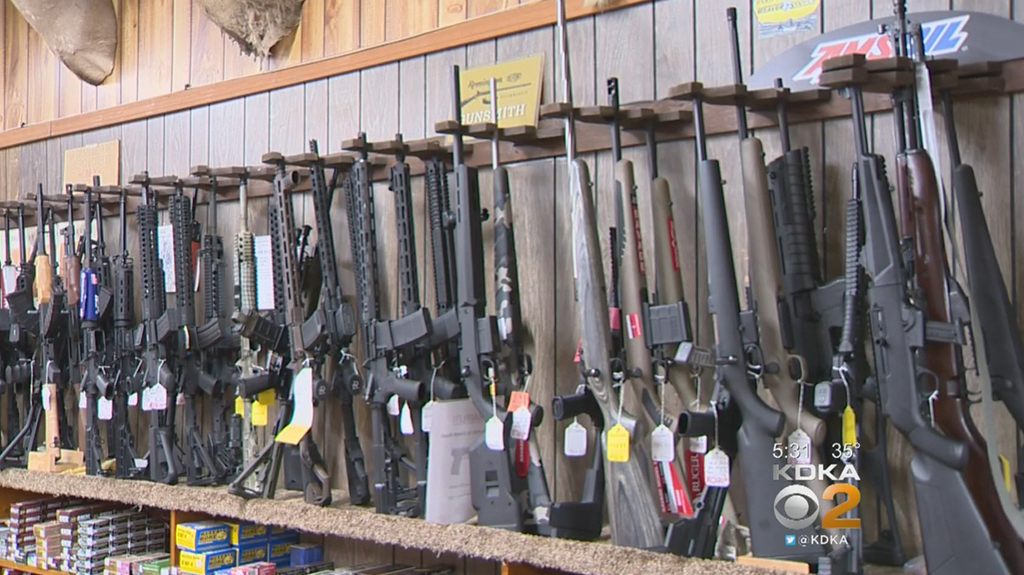 Council members voted 6-3 to pass the bills. They now head to Democratic Mayor Bill Peduto for his expected signature.

The legislation will place restrictions on military-style assault weapons like the AR-15 rifle that authorities say was used in the Oct. 27 rampage at Tree of Life Synagogue in Squirrel Hill, which killed 11 people and wounded seven.

It also bans most uses of armor-piercing ammunition and high-capacity magazines, and allows the temporary seizure of guns from people who are determined to be a danger to themselves or others.

After the vote came down, some people in the crowd clapped, but others, like Dennis Jordan aren’t too happy.

“I will not abide by that law. Make a criminal out of me,” said Jordan.

“We know extreme protection orders will help reduce death by reducing suicides and allowing courts to intervene to prevent future tragedies like what we experienced with Tree of Life,” said Jenna Paulat.

Allan Willinger said he and his wife became more active in gun reform when his family member, Daniel Leger, was injured in the Tree of Life massacre.

“I’m glad Pittsburgh is willing to take on the responsibility of being sued, because this is so important. It’s worth being sued over,” said Willinger.

“Where is money going to come from when opposition wins and court costs and attorney fees,” said Mary Konieczny.

The council gave tentative approval to the legislation in a vote last week.

However, Second Amendment activists have made it known that they will challenge the legislation in court, pointing out that state law doesn’t allow municipalities to regulate firearms. The legislation was watered down last week in an effort to make it more likely to survive a court challenge.

Allegheny County District Attorney Stephen Zappala Jr., a Democrat, told City Council members in January that while he understood their desire to curtail gun violence, their proposed remedies were unconstitutional.

(TM and © Copyright 2019 CBS Broadcasting Inc. All Rights Reserved. This material may not be published, broadcast, rewritten, or redistributed. The Associated Press contributed to this report.)

Colin Kaepernick Announces Actor Who Will Portray Him in Upcoming Netflix...