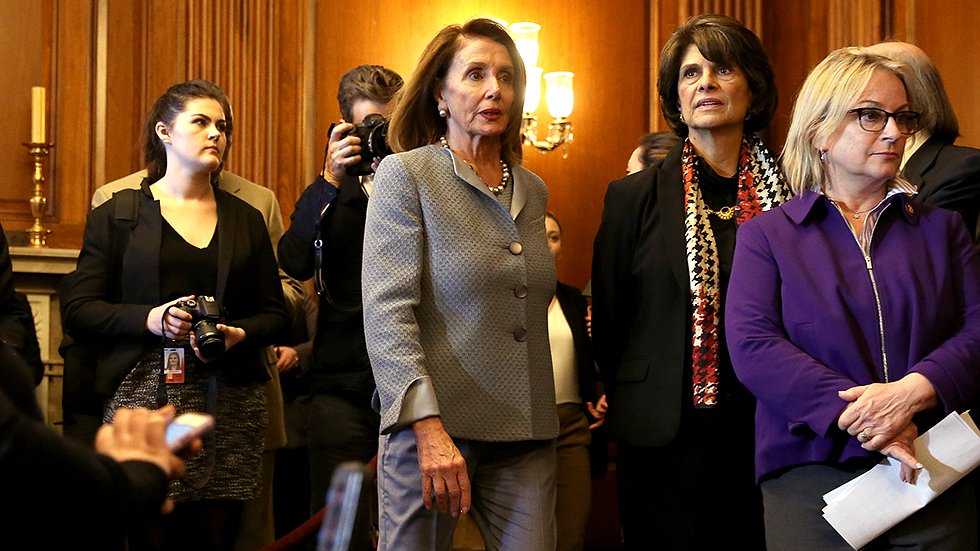 Joseph (Joe) Robinette BidenWife of Obama defense secretary calls photo of her with Biden misleading Flores: Interaction with Biden ‘a violation of my bodily autonomy’ Biden, Sanders top 2020 Democratic field in Nevada poll MORE should “not at all” disqualify him from the 2020 race.

“No. No, I do not,” Pelosi told reporters when asked if she thinks the allegations from two women are disqualifying.

“I don’t think that this disqualifies him from being president,” she said while walking to the House chamber. “Not at all.”

Pelosi declined to say whether this could damage Biden in a potential 2020 bid.

The comments came after a second woman, Amy Lappos, accused Biden of inappropriately rubbing noses with her at a 2009 fundraiser in Greenwich, Conn.

Her claim followed a complaint from former Nevada legislator Lucy Flores, who said Biden kissed the back of her head while holding her shoulders during a 2014 event in Nevada when she was running for lieutenant governor.

Biden on Sunday said he did not believe he had acted inappropriately while offering “countless handshakes, hugs, expressions of affection, support and comfort” on the campaign trail.

“If it is suggested I did so, I will listen respectfully. But it was never my intention,” he said.

On Monday, a spokesperson for Biden also pushed back strongly at what he described as a “cottage industry of lies” against the former vice president that include photos that have been misconstrued or misinterpreted, according to Biden’s camp.

Stephanie Carter, the wife of former Defense Secretary Ashton Carter, highlighted one photo in a post on Sunday that shows Biden with his hands on her shoulders. She said the photo had been “misleadingly extracted” from a longer moment at her husband’s swearing-in ceremony and that the former vice president had been offering his support to her.