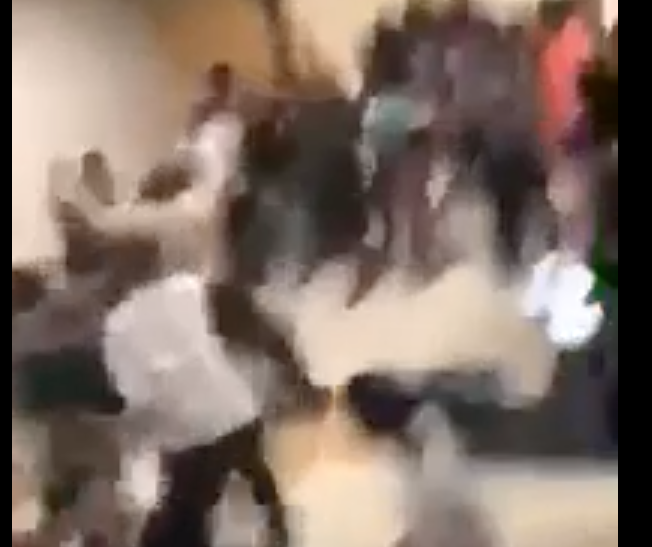 Sniping between girls on social media erupted Friday into a melee at Colquitt County High School involving 10 students, with video of the fight showing up on Facebook and YouTube.

Video posted within a short time of the Friday morning incident showed students engaged in the fighting as school resource officers from the Colquitt County Sheriff’s Office and high school officials tried to separate them and restore order.

“The root of it is, a lot of it’s stemming from social media outside the school, kids responding to negative posts on social media,” said Rod Davis, a Colquitt County Sheriff’s Office deputy who is a school resource officer posted to the high school. “It’s like they’re coming to school focused on fighting because of what’s being said on social media.”

After trash-talking on Facebook or other media sites or group texts, the adversaries may feel they can’t back down once they’re face to face, Davis said.

Students reporting information to administrators or police about a looming campus conflict can help defuse incidents, and has happened in the past, he said, but it will take parental involvement to make a meaningful dent in off-campus drama that leads to violence at school. School officials and law enforcement usually don’t know a fight is brewing until it is about to take place or is in progress.

“The responsibility belongs at home with the parents and what they (students) are getting involved with social media,” he said.

Nine students were arrested Friday morning: three 17-year-olds and an additional six who are 15 or 16. All were charged with affray and disrupting a public school.

The six younger girls were charged as juveniles and were released to a parent or guardian.

The nine also face punishment through the school, Davis said. The typical school punishment for such an incident is a 10-day suspension.

The Friday morning scrap was unrelated to one the previous day involving three high school students — two 17-year-olds and a 16-year-old — all of whom were arrested. Davis said he was not sure what sparked the Thursday fight.

No injuries were reported from either of the incidents.