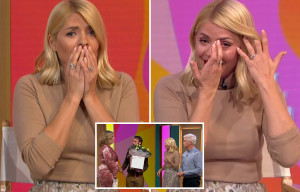 MICK Jagger is set to undergo heart valve replacement surgery this week after postponing The Rolling Stones’ US tour, The Sun can reveal.

The 75-year-old rocker will be having the op in New York and is expected to make a full recovery.

A source told us: “Mick will be undergoing a non-invasive heart valve procedure. The prognosis is good and this kind of surgery has a high success rate.”

Sir Mick Jagger hopes to be out of hospital 48 hours after heart surgery this weekend — then back on stage by the summer.

Professor Sir Nilesh Samani, Medical Director at the British Heart Foundation, said Mick will probably have keyhole surgery. He said: “The benefit is that there are no big scars that need to heal, unlike open heart surgery.

“A patient can expect to go home within 24 to 48 hours, feel well one or two weeks later and be back to normal health after a month. The procedure is highly successful and if all goes well, it is possible Mick will have more energy than previously.”

Over the weekend it was announced that the legendary band had postponed their upcoming North American stadium tour to  allow Sir Mick to undergo medical treatment.

The rock icon announced on Saturday that he would not be able to take to the stage as planned after a routine scan alerted doctors to an issue which could require treatment.

He said: “I hate letting our fans down and I’m hugely disappointed to have to postpone the tour but am looking forward to getting back on stage as soon as I can.”

Whilst the band added in a further statement: “Mick Jagger has been advised by doctors that he cannot go on tour at this time as he needs medical treatment. The doctors have advised Mick that he is expected to make a complete recovery so that he can get back on stage as soon as possible.”

What is heart valve replacement surgery?

There are four valves in your heart – if one or more is diseased or damaged it can affect how the blood flows through your heart.

Heart valve replacement surgery is when the diseased valve is replaced with a new valve.

The most common types of replacement valves are mechanical (artificial) valves or tissue (animal) valves.

You should be able to sit out of bed the day after the procedure. On average, it takes between 2-3 months to fully recover.

Fans have been asked to hold onto their tickets as the band work out when they can reschedule the postponed dates for.

Reports online incorrectly suggested Mick had in fact suffered a “physical injury”, but this is understood to be incorrect.

He was spotted on the beach in Miami after the news broke after we revealed he was already “bored” with resting because he “felt great”.

HOL OF A WIND-UP

A band source said: “He’s massively frustrated, he wants to be getting back out there and at this moment in time he’s feeling absolutely fine.

“Of course he has taken the medical advice on board, but he looks after himself well and feels totally capable at this moment in time.

“He’s optimistic he won’t be laid up for long, and at the moment he’s just hanging out in Miami with the other guys.”

The Sun Online has contacted Mick’s rep for comment.

We pay for videos too. Click here to upload yours.