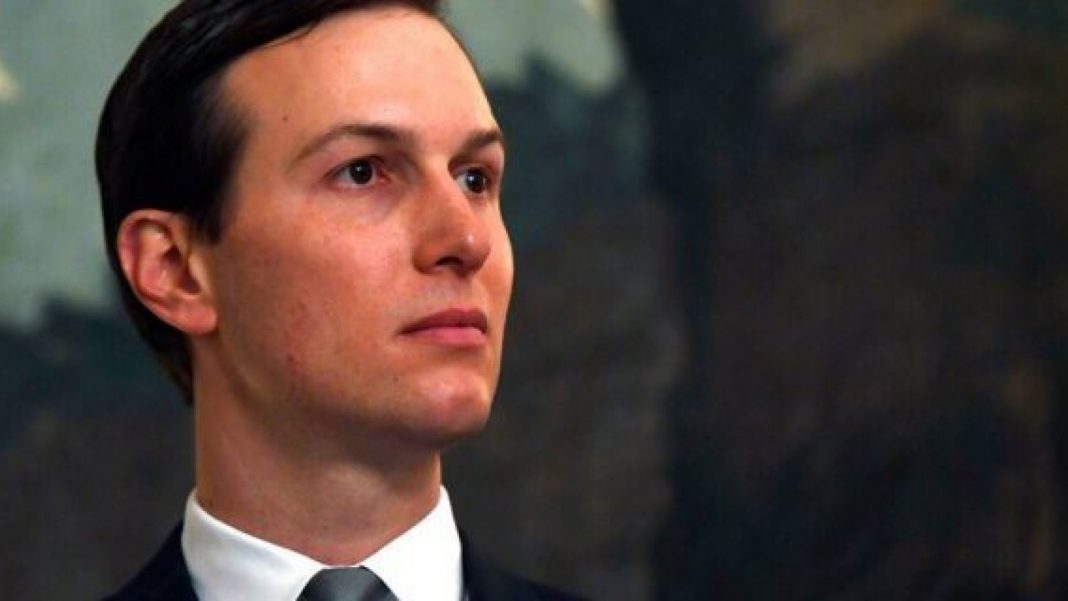 FOX NEWS EXCLUSIVE: JARED KUSHNER SPEAKS OUT – In an exclusive interview with Fox News’ Laura Ingraham, Jared Kushner, President Trump’s son-in-law and senior adviser, addressed Special Counsel Robert Mueller’s findings in the Russia investigation, his coverage in the mainstream media and the president’s threat to shut down the U.S.-Mexico border … Kushner said any further attempts by Democrats to pursue a Russia collusion investigation would be “not productive” and “an embarrassment to our democracy” and that he’s willing to testify on Capitol Hill about Russia.

Kushner said Trump’s threats to close the U.S.-Mexico border are a way “to pressure everybody” into taking action to limit illegal immigration. Click on the videos above to watch Laura Ingraham’s interview with Jared Kushner.

BIDEN’S BLUES: Joe Biden’s potential 2020 candidacy may be in jeopardy before it even begins after a second woman has come forward to accuse former vice president of inappropriate touching … Amy Lappos, 43, first told the Hartford Courant in an interview published Monday that Biden grabbed her during a $1,000-per-plate October 2009 fundraiser for U.S. Rep. Jim Himes, D-Conn. Lappos, who was working as an aide for Himes at the time, said Biden’s action’s weren’t sexual, but that he did grab her. Her accusations came on the heels of a similar claim by former Nevada lieutenant governor candidate Lucy Flores, who said Monday she’d still vote for Biden over Trump, despite her claims.

THE BATTLE OVER THE MUELLER REPORT: As House Judiciary Committee Democrats prepare subpoenas seeking the release Special Counsel Robert Mueller’s full report from the Justice Department, Harvard law professor Alan Dershowitz says Attorney General William Barr is not legally required to make the report public … In an interview on “Hannity” Monday night, Dershowitz used the “shoe on the other foot” test to demonstrate that the Trump administration doesn’t have to comply with the Democrats’ demands. Click on the video above to watch Dershowitz’s interview.

CONFERENCE FEATURING 2020 DEMS HIGHLIGHTS FUGITIVE COP-KILLER: A conference featuring eight prominent 2020 Democrat presidential hopefuls kicked off in Washington, D.C. on Monday with the fiery rallying cry of a fugitive cop-killer … Jamal Watkins, vice president of civic engagement at the NAACP, began by telling the audience at the We the People conference that he would invoke the words of Assata Shakur (aka Joanne Chesimard), who was convicted of the 1973 murder of a New Jersey state trooper when she was in the Black Liberation Army.

REPORT: SAUDIS GIVE BLOOD MONEY TO SLAIN ACTIVIST’S FAMILY – Saudi Arabia has given multimillion-dollar homes and monthly five-figure payments to the children of Jamal Khashoggi, the Washington Post writer who was killed in a Saudi Consulate in Istanbul last October, as compensation for their father’s death, according to a report … The payments to Khashoggi’s two sons and two daughters are part of a long-term arrangement to ensure they refrain from speaking out, the Washington Post reported.

COLLUSION BETWEEN DEMS AND MEDIA ‘BUDDIES’ –  “The Democrats on the left here just want to get their hands on the report so — it’ll probably be classified, there will be a lot of classified information in there so they can leak it to all the bodies in the media, so they can continue on going down rabbit holes of pretending that there is some kind of Russian collusion.”– U.S. Rep. Devin Nunes, R-Calif. and ranking member of the House Intelligence Committee, on “Outnumbered Overtime,” on Democrats’ push to have the unredacted Mueller report released to the public. (Click the image above to watch the full video.)

The Fox News Rundown podcast: “Fox News Speaks to ISIS Bride” – A dozen states have signed onto the “National Popular Vote Interstate Compact” in an attempt to have more control over the Electoral College. John Koza, originator of the National Popular Vote legislation, and Chris Stirewalt, Fox News digital politics editor, discuss what this means for the 2020 presidential campaigns and election. Fox News’ Benjamin Hall discusses his interview with Hoda Muthana, an American-born former ISIS bride embroiled in a legal battle with the Trump administration over her attempt to return to the U.S. Plus, commentary by Jessica Tarlov, senior director of research at Bustle.com and Fox News contributor.

#TheFlashback
2014: At Fort Hood in Texas, three soldiers are killed and 16 others are wounded in a shooting rampage by another soldier, Army Spc. Ivan A. Lopez, who then kills himself.
1992: Mob boss John Gotti is convicted in New York of murder and racketeering; he would be later sentenced to life, and die in prison.
1912: The just-completed RMS Titanic leaves Belfast to begin its sea trials, eight days before the start of its ill-fated maiden voyage.

Fox News First is compiled by Fox News’ Bryan Robinson. Thank you for joining us! Have a good day! We’ll see you in your inbox first thing Tuesday morning.