Home Blue Lines Ill. trooper sacrifices life to save others from wrong-way driver 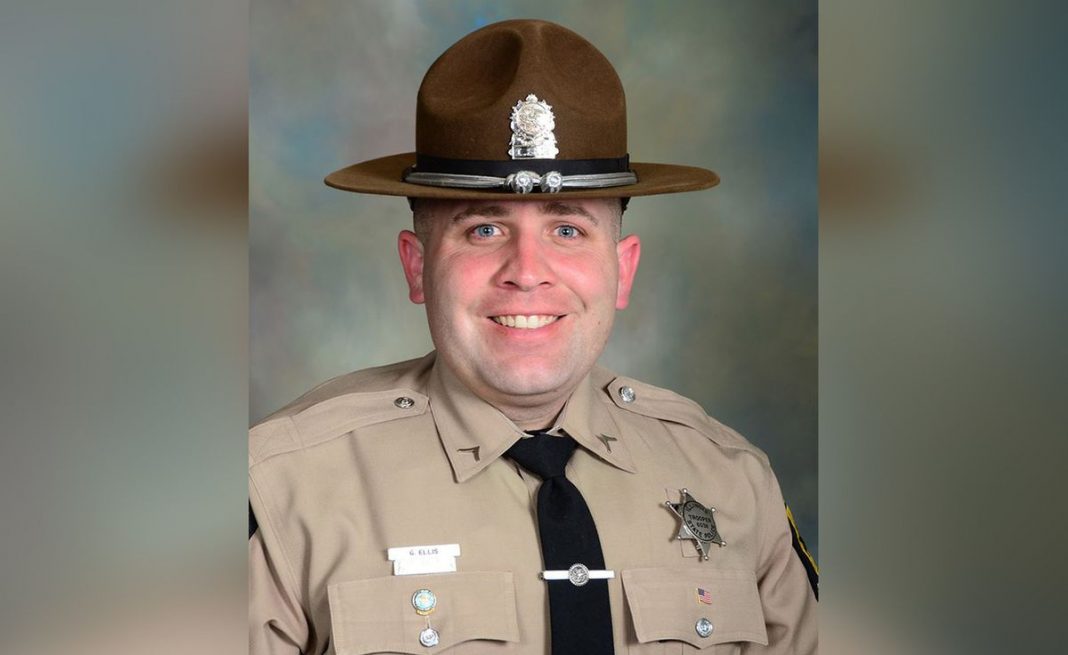 GREEN OAKS, Ill. — Even in his last moments, Trooper Gerald Ellis put the lives of others before himself.

Ellis, an 11-year-veteran with the Illinois State Police, was killed early Saturday after an impaired wrong-way driver struck his squad car head-on Interstate 94 in Lake County, police said. He was rushed to a local hospital with life-threatening injuries but was pronounced dead at 4:04 a.m.

He was headed home at the time of the crash.

In a post commemorating the 36-year-old, Carrie Kay commented with a story of her own — one that she said ended in her daughter’s life being saved.

Kay wrote that her daughter, who she did not name, was travelling from Washington D.C. with a family she babysits on I-94. Ellis’ car was ahead of her daughter’s two lanes over, she said.

However after spotting the wrong-way driver coming eastbound in the westbound lanes, Ellis moved his car directly in front of Kay’s daughter to block the driver from hitting the civilians, according to Kay.

“Trooper Gerald Ellis you are my HERO. This officer paid the ultimate sacrifice early this morning and saved my daughter’s life,” she wrote.

“[Her daughter and the other passengers] were the sole vehicle on the interstate at the time of the crash and were witnesses to the whole thing,” she added.

Acting Director of the Illinois State Police Brendan Kelly said Ellis saved lives with his actions, but did not elaborate.

The trooper leaves behind his wife and two children.

The driver, identified Monday as 44-year-old Dan Davies, also died in the crash, police said. The Lake County Coroner’s Office confirmed that he had alcohol in his system, but was waiting for the toxicology report to come back to release his BAC.

Davis sustained multiple injuries due to the crash, the office said.

The investigation into the crash is active and ongoing.

California’s dire coronavirus prediction was wrong, hospitalizations went down instead