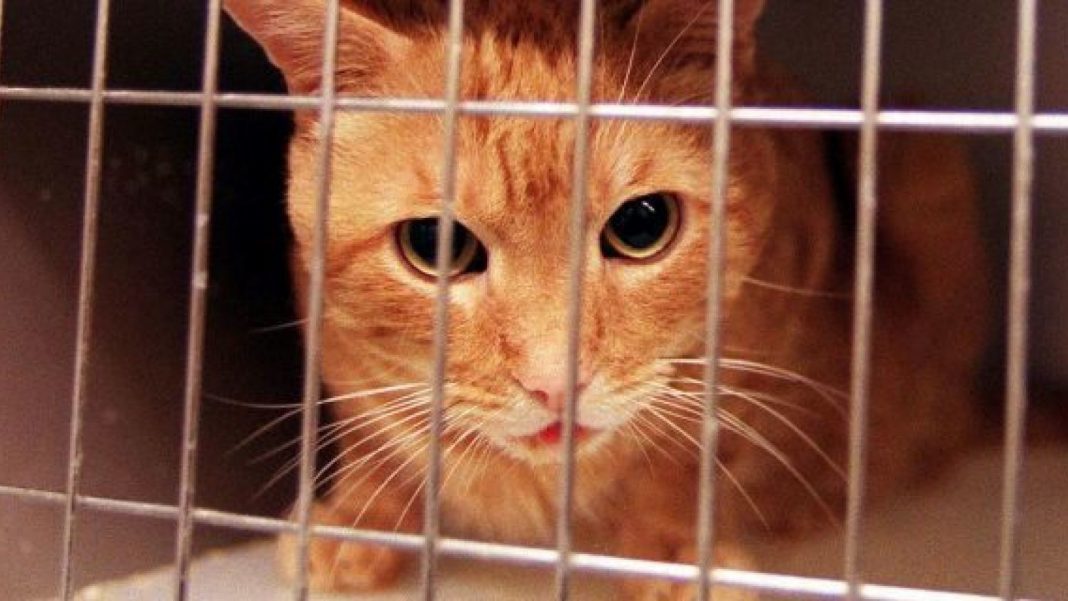 The USDA announced Tuesday the end of a research program that lead to the deaths of thousands of cats.
(Sean Dempsey – PA Images/PA Images via Getty Images)

The U.S. Department of Agriculture announced Tuesday it’s discontinuing a research program that led to the deaths of thousands of cats and included feeding the animals the meat of other cats and dogs purchased in Chinese meat markets, NBC News reported.

Since 1982, government scientists had reportedly been conducting research on foodborne illnesses by infecting cats with toxoplasmosis and then euthanizing them in a laboratory operated by the U.S. Department of Agriculture’s Agricultural Research Services in Beltsville, MD.

The agency decided to end its research program after White Coat Waste Project, a watchdog organization that works to stop taxpayer-funded experiments on animals, published its “USDA Kitten Cannibalism” report. The study details how the facility fed its lab cats tongues, brains and hearts of other cats.

“That the USDA could, for over a decade, use taxpayers’ money to go around the world rounding up hundreds of kittens and puppies, killing them, and feeding their brains to cats for useless experiments highlights the disturbing lack of accountability and transparency at the agency,” Justin Goodman, the vice president of White Coat Waste Project, commented to The Washington Post.

The USDA released a statement Tuesday announcing the end of its toxoplasmosis research program, without mentioning any influence from the cat cannibalism report.

“ARS toxoplasmosis research has reached its maturity and ARS considers the project’s objectives for agriculture achieved,” the department statement said. “While there is still additional research needed in this area regarding human health, this research area is outside of USDA’s stated mission.”

“I commend the USDA for their decision to end this type of testing on kittens. They listened to the people and responded appropriately to our concerns,” Panetta told NBC News. “This is how our institutions, our government, and our democracy should and must work.”

“With all the awful reports coming out, it was clear that Americans opposed USDA’s cruel testing on kittens,” Mast added. “This is a decisive victory against government animal abuse and wasteful spending.”