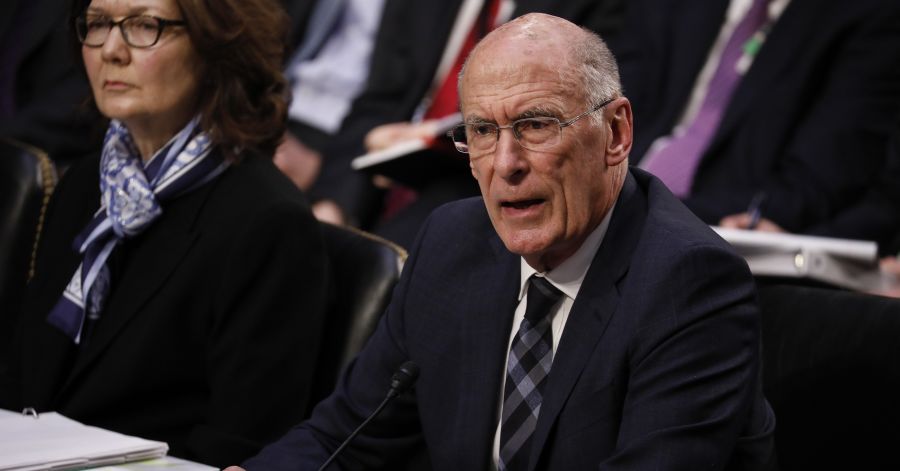 WASHINGTON—A group of former U.S. intelligence and military officials filed suit against the Trump administration over rules that require them to submit book manuscripts and other writings for review long after leaving government service.

The lawsuit, filed in the federal district court in Maryland Tuesday against several intelligence leaders, including Director of National Intelligence Dan Coats, argues the system of pre-publication review amounts to unconstitutional censorship.

“The government has a legitimate interest in protecting bona fide national-security secrets…But the imposition of a prior restraint is an extreme measure,” the suit alleges.

A representative for the Office of the Director of National Intelligence didn’t immediately respond to a request for comment.

Intelligence agencies say the pre-publication regime is needed to protect government secrets and ensure disclosure of information doesn’t disrupt foreign relations or national security. But some former officials and government transparency activists have long argued the system is too broad and cumbersome, results in unreasonable publication delays or overzealous redactions, and is unevenly applied.

The suit was filed by the Knight First Amendment Institute at Columbia University and the American Civil Liberties Union on behalf of the former federal employees, some of whom experienced time-consuming and costly delays due to the government’s pre-publication review process, the suit alleges.

In several instances, the complaint alleges authors were told to remove materials concerning events that took place after they left government service and were widely reported in the press. It alleges, for example, that the CIA told plaintiff Richard Immerman, a former official in the Office of the Director of National Intelligence, to remove references to material that were entirely documented in public sources before he would be allowed to publish his book “The Hidden Hand: A Brief History of the CIA.”

More former officials have sought to publish on their time in government, including high-profile agency heads like former FBI Director James Comey. The CIA received just 43 submissions for pre-publication review in 1977 but more than 8,400 in 2015, according to internal data obtained by the Knight Institute and ACLU that is presented in the lawsuit. Other agencies have seem “similarly dramatic increases,” according to the suit.

Keith Urbahn, a literary agent with the firm Javelin who represented Mr. Comey in auctioning his recent memoir “A Higher Loyalty,” said that the pre-publication review process was “opaque, lengthy and impossibly Byzantine.”

“While it’s perfectly understandable that anything you write gets an additional layer of scrutiny to make sure you’re not inadvertently divulging classified information, you don’t give up your First Amendment rights simply because you had a security clearance,” Mr. Urbahn said.

Concerns about the government’s pre-publication review process aren’t new. In 2016, the House Intelligence Committee asked the Director of National Intelligence to create a fresh policy for the entire U.S. intelligence community that would allow for quick and impartial review of material former officials wanted to publish and create an appeal process. But that request hasn’t been acted upon, according to Alex Abdo, litigation director for the Knight Institute.

“All of those complaints have been met with stonewalling,” Mr. Abdo said. “Our hope is that this litigation will break through that bureaucratic morass.”

Anuradha Bhagwati, another plaintiff in the case, said she had never had any published material go through a pre-publication review, but said the existence of a burdensome review system would chill whistleblowing about government wrongdoing.

“It’s hard enough speaking out about anything that we have experienced in the military,” said Ms. Bhagwati, a 43-year-old former Marine Corps officer who published a memoir last week, in an interview. “All of us are concerned about classified material being divulged, but I don’t think the system as it is is serving the national interest.”

Write to Dustin Volz at dustin.volz@wsj.com and Byron Tau at byron.tau@wsj.com

No Legitimacy to Claims Hunter Profited off Family Name, ‘Desperate Campaign to Smear Me and My Family’