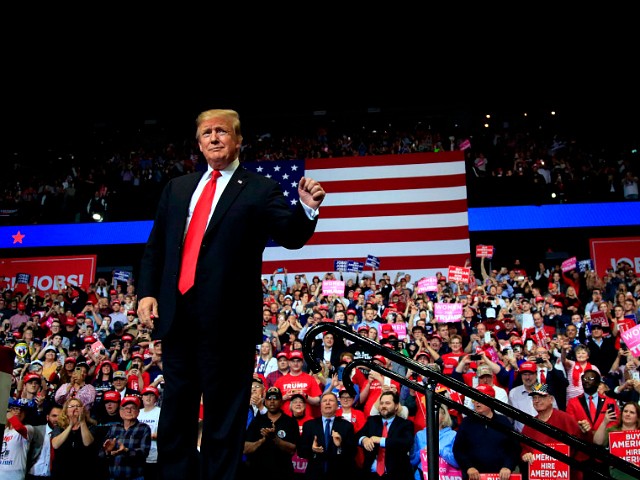 Everyone knew orders for long-lasting factory goods fell in February. The question was only how much they would fall.

The range of blue-chip economist expectations was quite wide, from down 4 percent to down 0.5 percent, an indication of just how less predictable the economy became in the final months of 2018 and early 2019. The median expectation of economists surveyed by Econoday was 1.8 percent. The Wall Street Journal’s survey had expectations at 2.1 percent.

The actual number beat both estimates, according to data released by the Commerce Department Tuesday. Orders for durable goods, those designed to last at least three years, fell 1.6 percent in February compared with the prior month.

Civilian aircraft orders can be a big driver in the month-to-month volatility durable goods orders, as they were in February. Nondefense aircraft order dived 31 percent in February. The volatility comes because customers for aircraft, largely airlines, tend to make very large orders that are not spread evenly through the year.

Because of that high volatility, economists seeking insights into the health of the U.S. economy tend to look past the aircraft orders at a figure referred to as “nondefense capital goods excluding aircraft,’ which is thought to be a proxy for business investment. This fell 0.1 percent in February after an upwardly revised 0.9 percent in January.

Compared with a year ago, this measure of business investment was up 2.6 percent in the first two months of the year. Total durable-goods orders were up 4.4% compared in the first two months compared with a year ago. These healthy year-0ver-year figures, which look back to the last comparable months before metals tariffs were announced a year ago, suggest that tariffs and trade disputes are not playing a role in holding back the economy.

The better-than-expected figures for February are likely to ease concerns about the possibility of a recession in 2019. The economy most likely slowed in the final two months of the 2018 and first two months of 2019 but by less than initially feared. First quarter growth is expected to come in at about 1.5 percent, with second-quarter growth projected to be more than a percentage point above that.

The durable goods orders for February follow the report on Monday from the Institute for Supply Management that its manufacturing index climbed by more than expected in March,

Manufacturing is an important bellwether for the economy, often indicating the trend for the rest of the U.S. economy before other sectors. It is also politically important because President Donald Trump has made the revival of the factory sector a key point of his economic program.

While Tuesday’s numbers do not set the kind of new records or establish multidecade highs that President Trump likes to tweet about or include in his speeches, they do indicate that some of the more dire predictions of severe slowdowns this year are unlikely to become reality.