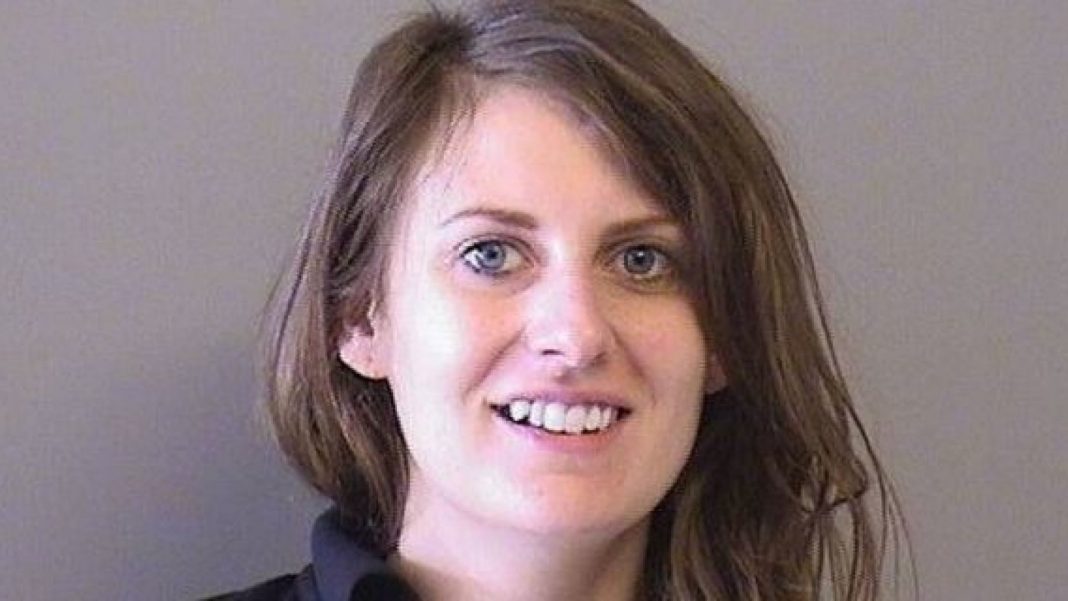 An Oklahoma woman was arrested early Sunday on DUI charges after police said she drove past them on a rimmed wheel and was later found to have a full margarita drink in the car’s cup holder, reports said.

Amy Ann Dillon, 28, was intoxicated and told police she had consumed two tequila shots, according to Tulsa police. She was also not able to produce a driver’s license, police said.

“We could hear her coming from a block away,” Tulsa police said in a statement on Facebook, referring to the sound of the car rim scraping along the pavement. “She did not do well on her SFST (Standardized Field Sobriety Test) and we found a full Margarita inside her cup holder.”

Tulsa police also said Dillon could barely stand upright when speaking with them.

“She blew a .21 and ‘climbing,'” which is almost three times the legal limit blood-alcohol content limit of 0.08, the Tulsa World reported, citing Tulsa police.

Dillon’s car also showed front-end damage. Authorities didn’t immediately know how the car was damaged or how long she drove on the rim, but she could potentially face hit-and-run charges, Oklahoma City’s KFOR-TV reported.

Last year, Dillon entered nolo contendere pleas to charges of DUI and leaving the scene of a collision with property damage, the paper reported. She was serving a one-year deferred sentence, court records showed.

This is Dillon’s second DUI offense, and she was also charged with operating a motor vehicle with defective tires, transporting an open container, and driving with no driver’s license in possession, according to police.