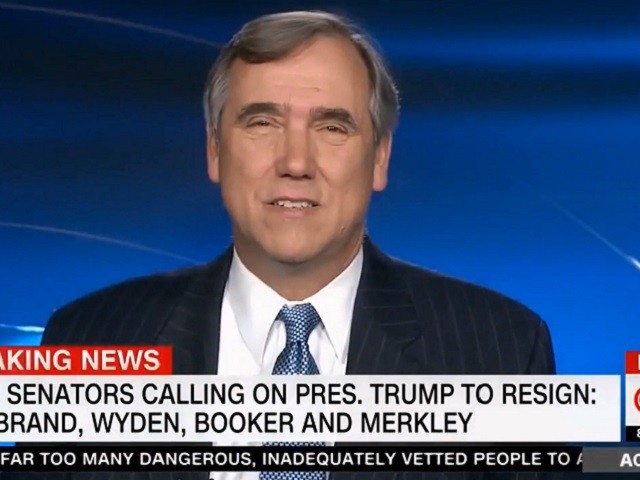 On Monday’s broadcast of CNN’s “OutFront,” Senator Jeff Merkley (D-OR), who has introduced legislation to eliminate the Electoral College, stated that the Electoral College “diminishes the legitimacy of our president, which is something else we should be deeply concerned about.”

Merkley said, “Well, we know the Electoral College, Erin, was founded on a rotten foundation. It was founded as an effort, as a strategy to accentuate the strength of those states who were slave states. And there’s just no justification for it now. But think of the modern consequences. It means that any state that leans significantly blue or significantly red gets little attention in the election, and the weight of the voters in that state get little chance to weigh in, if you will.”

He later added that the debate over the Electoral College has “been in the conversation a long time. I remember back in high school this being a question that was debated. But certainly, recent history has shown that we have a system that the flaws have been exposed in, and it diminishes the legitimacy of our president, which is something else we should be deeply concerned about.”