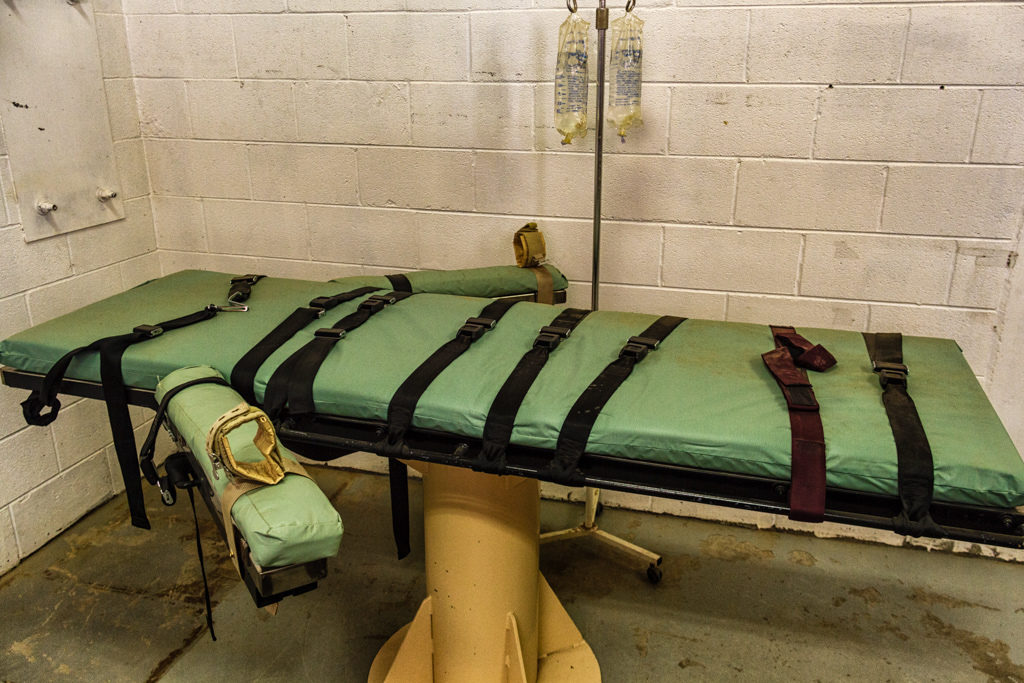 The Supreme Court ruled Monday that the Constitution does not guarantee a “painless death” for condemned murderers, deciding that a Missouri inmate may be executed by a lethal injection despite a rare, severe condition that could cause him to suffocate.

By a 5-4 vote, the court rejected Russell Bucklew’s claim it would be cruel and unusual punishment to inject him because it could trigger a hemorrhage and choking. He maintained the state must seek out another method of execution, such as lethal gas, to carry out his execution.

The case provoked a sharp ideological divide within the court over carrying out executions.

The court’s conservatives, led by Justice Neil M. Gorsuch, complained that death row inmates and their lawyers were using last-minute appeals to delay executions for years. Bucklew had faced death for nearly 18 years, but waited until 12 days before his execution to file a suit contesting the use of a lethal injection, Gorsuch said. That led to five years of litigation.

“The people of Missouri, the surviving victims of Mr. Bucklew’s crimes and others like them deserve better,” Gorsuch wrote in Bucklew vs. Precythe. “Under our Constitution, the question of capital punishment belongs to the people and their representatives, not the courts, to resolve.”

Justice Sonia Sotomayor rebutted those comments. “There are higher values than ensuring executions run on time,” she wrote in one of two dissents filed by liberals. “If a death sentence or the manner in which it is carried out violates the Constitution, that stain can never come out.”

But after hearing the full appeal, the court rejected his constitutional claim Monday, with Justice Brett M. Kavanaugh — who joined the court after Kennedy’s retirement — forming a majority with the other four conservatives.

Speaking in the courtroom, Gorsuch said, “The Eighth Amendment has never been understood to guarantee a condemned inmate a painless death. That’s a luxury not guaranteed to many people, including most victims of capital crimes. What the Eighth Amendment does guarantee is a method of execution that’s not ‘cruel and unusual.’ And ever since the founding, people have understood that the only way to tell if a method is cruel is to compare it with other known and available alternatives, to see if the state is inflicting substantially more pain than necessary to carry out its lawful sentence.”

Gorsuch said the inmate had the burden of showing there is an “alternative method of execution that’s available for the state to use and that would significantly reduce the inmate’s risk of pain.” While Bucklew’s lawyers cited nitrogen gas as an option, he said they had failed to present evidence that it would be less painful. It would take longer for him to be rendered unconscious with gas than with an injection, Gorsuch said. “No state has ever actually carried out an execution using nitrogen gas,” he said. “Nor does the Constitution require a state to develop a novel method of execution.”

In 1996, Bucklew went on a violent rampage after his girlfriend tried to end their relationship. When she fled to a neighbor’s house, he shot and killed the neighbor. He beat the woman with a gun and raped her. After a shootout with police, he was arrested, but he later escaped from jail and attacked his girlfriend’s mother with a hammer.

Kavanaugh had sounded undecided during the oral argument in November, but he cast the fifth vote for the majority. He said the opinion left the door open for condemned inmates in the future. They “should ordinarily be able to plead some alternative method of execution that would significantly reduce the risk of severe pain,” he wrote. The only example he cited was one from an earlier era that was discussed during the oral argument: a firing squad.

The court’s four liberals said the decision creates a “serious risk that his execution will be excruciating and grotesque.” Justice Stephen G. Breyer said Bucklew has tumors in his throat and elsewhere that could hemorrhage and cause him to suffocate.

Breyer also argued that the majority was wrong to look back to the country’s founding to decide what is cruel and unusual punishment. “The Eighth Amendment is not a static prohibition that prohibits the same things that it proscribed in the 18th century. Rather it forbids punishments that would be considered cruel and unusual today.” Justices Ruth Bader Ginsburg, Elena Kagan and Sotomayor agreed.