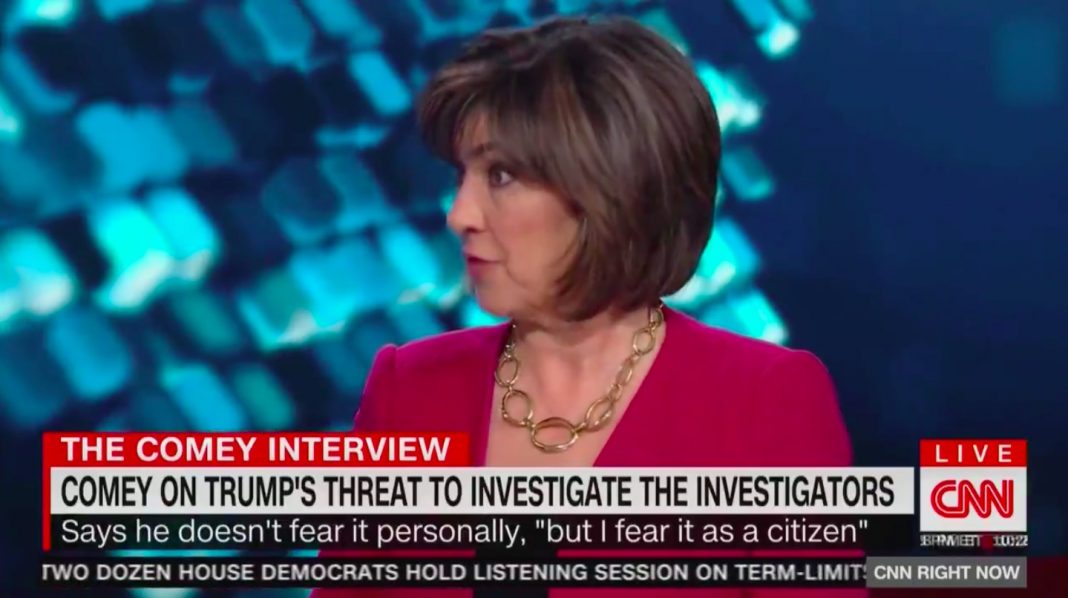 During her interview with former FBI Director James Comey, CNN’s Christiane Amanpour asked him if he had wished the FBI “shut down” the “hate speech” coming from then-candidate Donald Trump‘s rallies during the 2016 presidential election.

“Of course, ‘Lock Her Up’ was a feature of the 2016 Trump campaign. Do you in, retrospect, wish that people like yourself, the head of the FBI, the people in charge of law and order had shut down that language, that it was dangerous potentially, that it could have created violence, that it kind of is hate speech? Should that have been allowed,” she asked.

Comey said it is not the government’s place to squash freedom of speech.

“That’s not a role for government to play. The beauty of this country is people can say what they want even if it’s misleading and it’s demagoguery,” Comey replied. “The people should have shut it down were Republicans who understand the rule of law and the values that they claim to stand for. Shame on them, but it wasn’t a role for government to play.”

During the same interview, Comey said people should give Attorney General William Barr the “benefit of the doubt” when it comes to the report from Robert Mueller’s investigation.

“Give him a chance to show us what he feels like he can’t show us,” he said. “I have to imagine that former director Mueller wrote the report with an eye towards it being public some day, so I can’t imagine a lot needs to be cut off of it, but let’s wait and see. The attorney general deserves that chance.”

Watch above, via CNN.