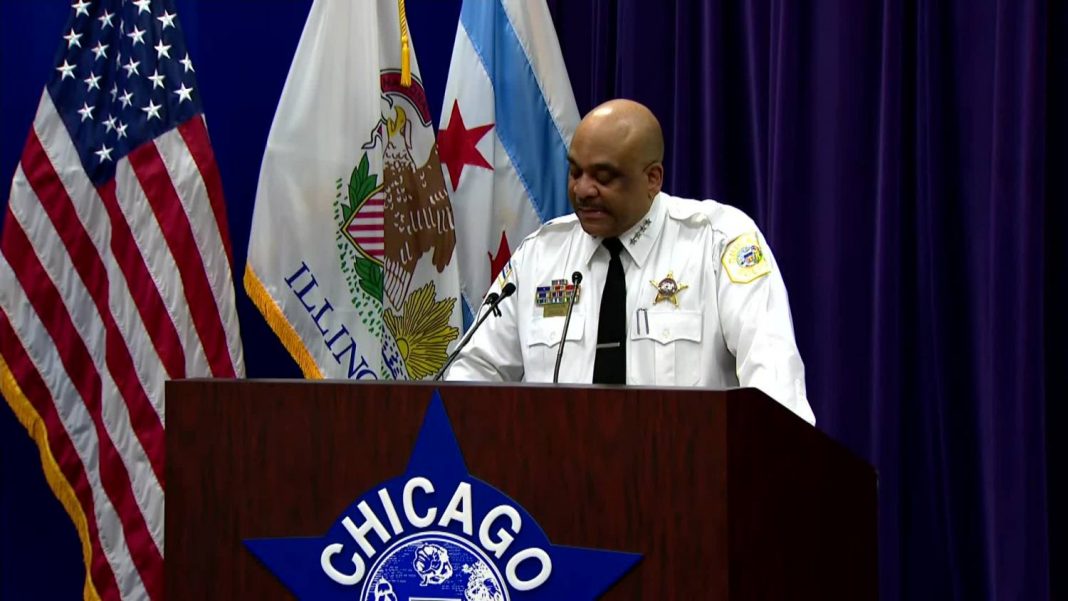 CHICAGO (CBS)– Murders and shootings in Chicago are down during the first quarter of 2019, compared to the same period last year, according to the latest Chicago Police Department statistics.

New numbers released by the Chicago Police Department showed murders are down 30 percent through the end of March, compared to the first three months of 2018. There were 76 murders in the first quarter of 2019, and 109 during the same period of 2018.

“That’s a significant reduction. It’s not where we want to be, of course, but it is showing signs of progress,” Police Supt. Eddie Johnson said.

Meantime, shootings have gone down 17 percent. There have been 348 shooting incidents, with 419 victims so far this year, compared to 421 shootings and 503 victims from January to March of last year.

Police said burglaries, robberies, and car thefts also are at a 20-year low.

Johnson said violent crime has been going down in Chicago for the past three years, and pointed to the creation of new “strategic decision support centers,” which the department began installing in district stations in 2017. The so-called “nerve centers” are equipped with ShotSpotter gunshot detection systems and other high-tech crime-fighting tools.

“Since we initiated the strategic decision support centers in 2017, we’re down about 50 percent in terms of gun violence overall,” Johnson said.

Johnson said police are crafting a plan to deal with the spike in crime usually seen in the warmer, summer months ahead. Police plan to present the summer crime reduction plan to the new mayor when she is elected.